Sienna Miller and her daughter Marlowe were spotted out in shopping in the West Village on Saturday with Tom Sturridge’s mom Phoebe Nicolls. 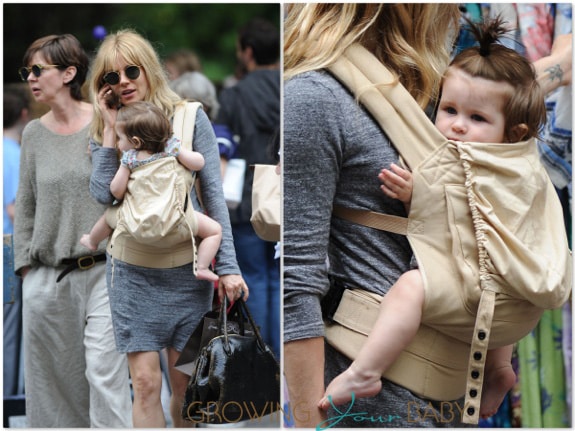 Known for her bohemian style, Sienna tried on a flower and pearl hair piece, while visiting a local flea market. 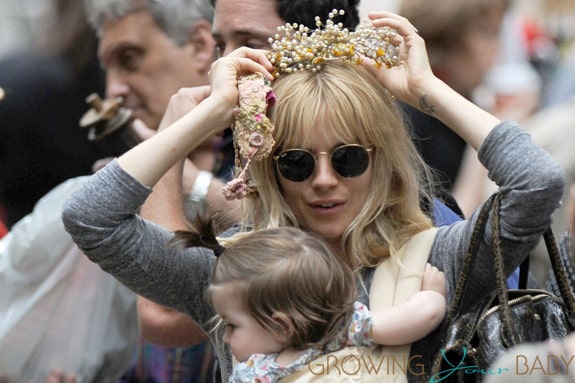 Marlowe stayed close to her mom in an ERGO baby carrier.  She wore her signature ‘sprig tale’ at the top of her head and a cute Summer dress.

The family is currently in the big apple while Tom starred on Broadway in Orphans alongside Alec Baldwin.