Sienna Miller and her daughter Marlowe were photographed out for a stroll through the city on Thursday. 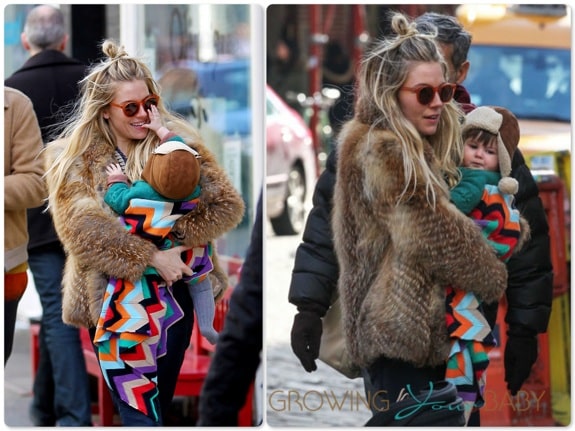 Marlowe stayed warm in a brown trapper hat, while bundled in a Missoni print blanket.  Now 7 months old, the little sweetie looked happy to be in her mom’s arms.

With a few projects on the go, the actress is sometimes forced to be away from her daughter.  While on the red carpet at the Golden Globes last month the first-time mama admitted it’s not easy to be separated.

“It’s really nice, but I miss my baby!  She’s just got to the age where I leave and she cries so it’s just heartbreaking. That’s the milestone we’re at, but it’s good.”