New parents Simon Cowell and Lauren Silverman were photographed out with their son Eric and friends for an evening stroll in Miami on Tuesday night. 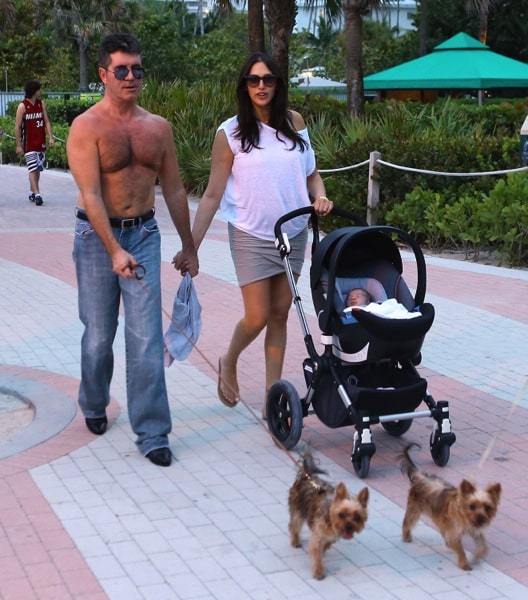 In the Magic city to visit with family, the couple were also joined by their tiny Yorkies Squiddly and Diddly. Baby Eric slept quietly in his Aton Infant seat for the entire walk as his parents enjoyed some time together.

The outing was picture perfect – except one small detail…  It appears Simon and Lauren may have installed the infant seat wrong on their bugaboo cameleon 3 stroller. As a rule, an infant seat(and bassinet) must only face mom and dad, that is unless the handlebar if reversed for bumpy terrain, which is not the case here. 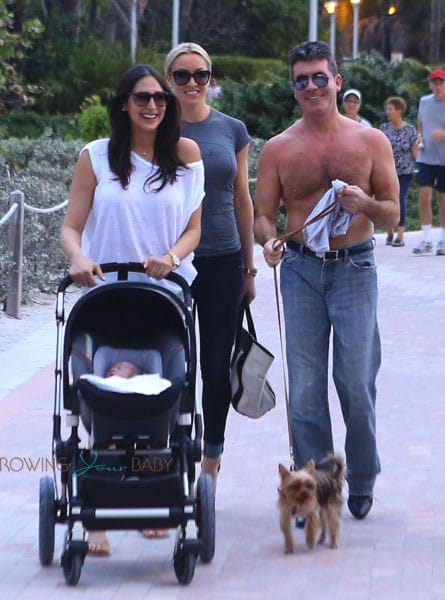 It’s not the first time we’ve seen a celeb have this issue. Last year Shakira was photographed with her infant seat on wrong as well. oops!

Hopefully someone from their team will alert them to the mistake and help them fix it for next time.