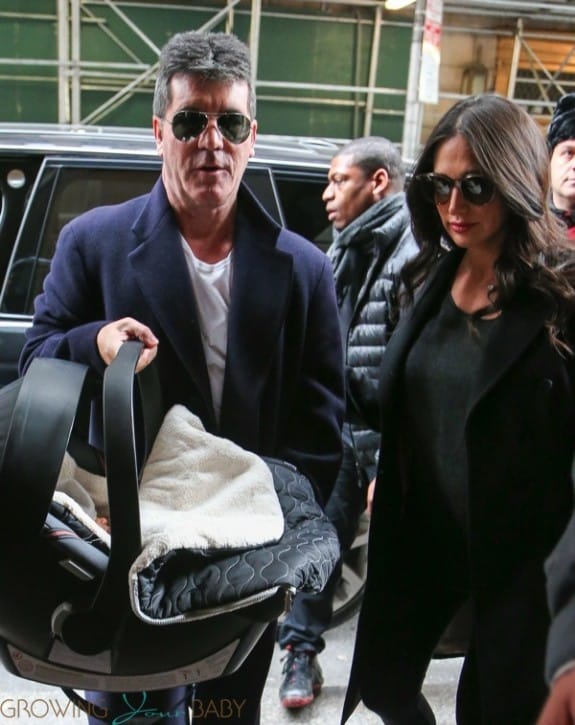 Moving into his new role, Simon carried the baby in his ATON Infant seat, while Lauren walked beside him.

A source close to the music producer said ,

“It was an incredible and emotional day. Simon was by Lauren’s side the entire time from when he arrived. He admitted he was a little nervous before but when it came to it he was completely natural.

Earlier today the proud papa shared some photos of the new family tweeting,

…. now you can see how very handsome little Eric is. 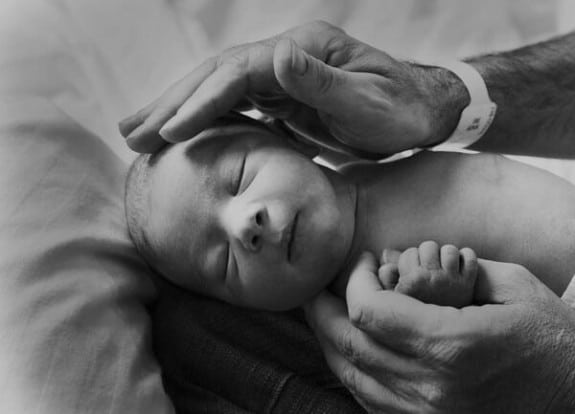 I never knew how much love and pride I would feel. 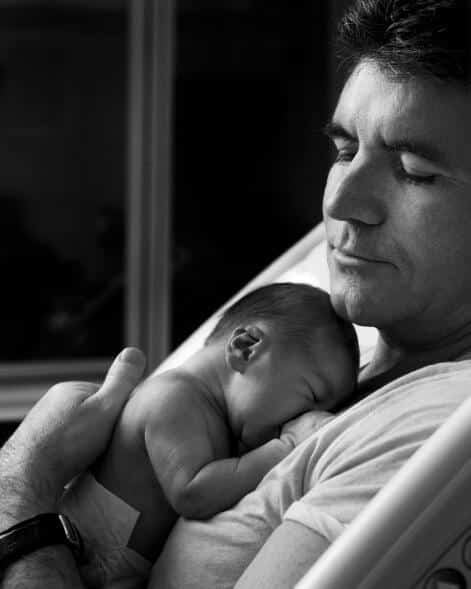 It’s not very often that we get a look at the personal side of Simon.  He’s well known for being a little saucy, and sometimes a little brash, but the picture of him and Eric is so sweet and natural.  Parenthood is very becoming.

According to the Daily Mirror Simon is expected to stay in Manhattan until the end of the week before returning to the UK to rejoin the Britain’s Got Talent auditions.