Home » Simon Cowell & His Family Step Out In Miami

Another day, another family outing in Miami for Simon Cowell and his partner Lauren Silverman. 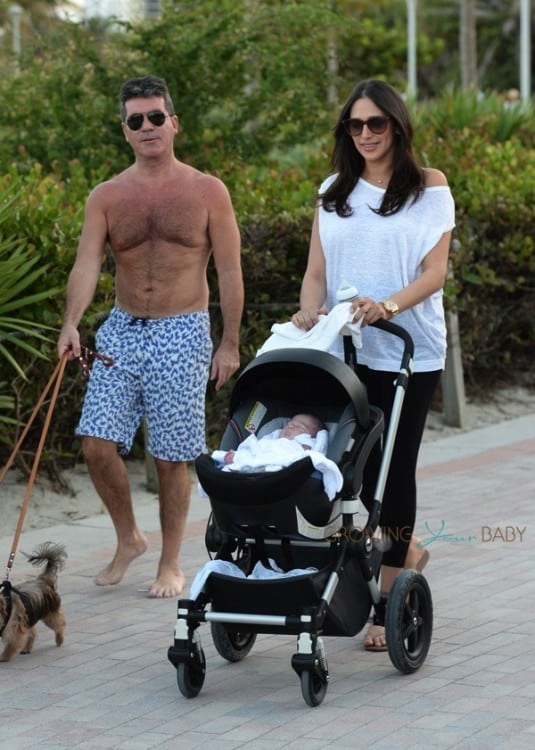 The couple were photographed on Tuesday enjoying a sunny stroll along Miami Beach with their son Eric.

And while I love that they chose the uber trendy Bugaboo stroller to push their baby in, and the ultra safe ATON infant seat to keep him protected, I wish they would install it correctly.  As we mentioned last week, the infant seat is backwards and should be facing in.

We even tweeted Simon to let him know, but there was no response…

A day later he tweeted,

‘Loving Miami. Eric is well and happy. Thank you for your messages.’

The couple was also spotted at the Passport Office with their baby boy last week. They are expected to take him to the UK at the end of the month.

Until then we guess that they will enjoy the beautiful weather in the magic city, while they settle into their new roles!