Life’s a beach for music mogul Simon Cowell and his girlfriend Lauren Silverman! The pair was photographed spending some time together with their new baby boy Eric on the beach with family and friends on Sunday (February 23) in Miami, Florida. 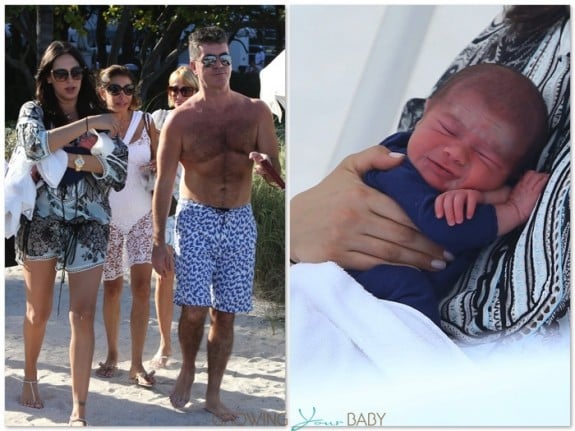 Only 10 days old, baby Eric stayed close to his mom during his first trip to the beach. While Simon walked the couple’s dogs, Lauren cradled her little guy under the protective canopy of her beach cabana. 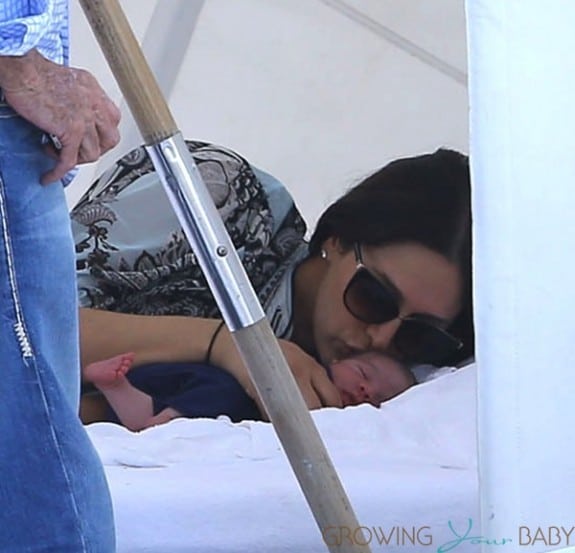 The new parents have been relaxing in the Magic City visiting with Lauren’s family for the past couple day after escaping the cold weather in Manhattan.

They have applied for the baby’s passport and will reportedly take him to the UK at the end of March. They are, it has been reported, waiting until he is a little older before taking him on a long transatlantic flight.

Their long-term plan is to split their time between London, where Simon’s show X Factor will tape this Summer and New York City, where Lauren’s son Adam, from her marriage to Andrew Silverman, goes to school.