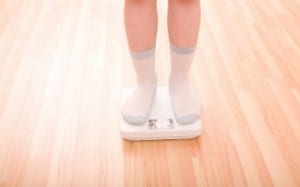 In the United States, nearly 18 percent of boys and 16 percent of girls between the ages of two and 19 are considered obese. These statistics, provided by the American Heart Association, are said to be the leading cause behind the rise in heart disease and type II diabetes in children today. Yet despite all of the efforts of public health campaigns, the numbers stay the same. This could mean serious trouble for the next generation.

“Once a child becomes obese, it’s difficult for them to lose weight, so prevention is the best strategy, and it has to begin as early as possible,” Professor Philippe Froguel of Imperia College London told Medical Daily Today. “Unfortunately, public prevention campaigns have been rather ineffective at preventing obesity in school-age children. Teaching parents about the dangers of over-feeding and bad nutritional habits at a young age would be more effective.”

This is exactly what Froguel and his team hoped to do with a recent study in which a formula was developed for predicting the probability of obesity in a child. They used data from a study that followed 4,000 Finnish children, starting in 1986. At first, researchers tried to find genetic information to detect the likelihood of obesity. That form of testing failed to provide accurate results. But after regrouping, the researchers realized that they had enough information on the risk factors of those children to make accurate predictions. In fact, the study even held up after plugging in information on children from Italy and from the United States.

“This test takes very little time, it doesn’t require any lab test and it doesn’t cost anything,” Froguel said. “All the data we use are well-known risk factors for childhood obesity, but this is the first time they have been used together to predict from the time of birth the likelihood of a child becoming obese.”

While the formula did accurately predict 80 percent of the obese children, researchers hope to continue their work on the genetic testing. They say that about one in 10 obesity cases are caused by genetic mutations that affect appetite. If developed and found to be accurate, that test may be available to health care professionals within the next few years as the cost of genetic testing decreases.