Home » Smoking In Cars A Danger To Children

A new study out of New Zealand just confirms what we should already know. When you smoke in the car with your children it is dangerous to their health. 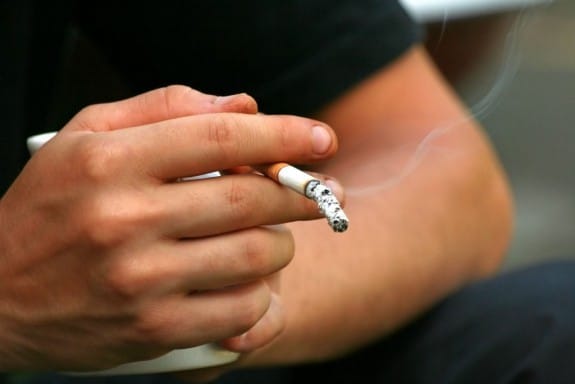 Medical researchers even think that the government should consider banning smoking in cars where children are present, as it could damage the youngsters’ lungs.

A Wellington School of Medicine report published today found being in a car with a smoker was equivalent to sitting in a typical smoky bar, even with the smoker’s window wound fully down.

With all the windows wound up, the pollution was at least twice as bad as sitting in the smokiest bar, the researchers said.

The study measured the amount of particulates in a car while the front seat passenger smoked a cigarette.

Particulates are tiny airborne particles which can enter the body, and have been associated with negative health effects in previous studies of air pollution.

In a car where someone was smoking with their window down the particulate level was 199 micrograms per cubic metre.

With all the windows up, the level skyrocketed to 2926 micrograms per cubic metre.

Dr Edwards said the School of Medicine was calling on the government to consider a law aimed at halting smoking in cars with children.

The practice was already banned in some areas of the United States, and was being considered in New South Wales, he said.

“There’s lots of evidence that second hand smoke causes respiratory illnesses in children, so given that the levels are high, then you’d expect (parents) are exposing their children to health risks.”

The particulates research follows another study released by the School of Medicine last month, which observed 16,000 cars in Wellington over a two-week period.

A smoker was present in four per cent of the cars, and of those a quarter were also carrying other occupants.

Researchers said that study was likely to have greatly underestimated the prevalence of smoking in cars.

Now that smoking is banned in most restaurants, it should be illegal to smoke in a car, whether there are children involved or not. Cracking the window doesn’t do enough.