Moms Bridget Moynahan and Gisele Bundchen were on both in attendance, and sitting side by side to watch Bridget’s son John(not pictured) play soccer in New York City on Sunday. 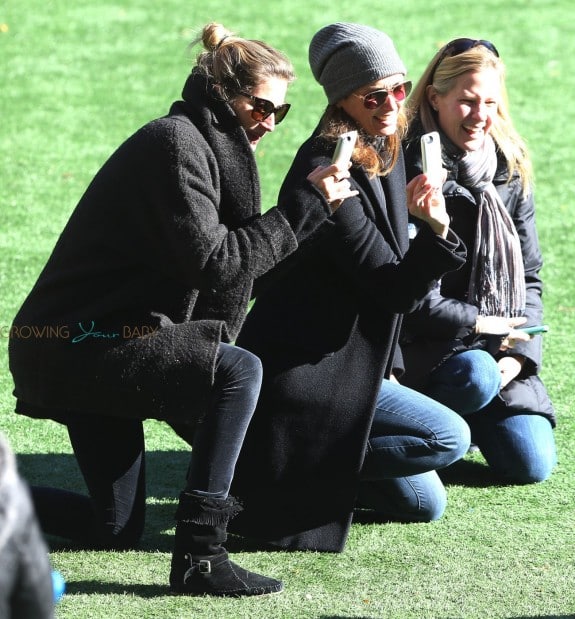 Stepmom Gisele arrived in a black Escalade with son Benjamin before joining Bridget on the field.  The pair, who were both bundled up against the cold, had their phones out capturing the game so that it could be shared later!

Dad Tom Brady was home in Boston where is team The Patriots took on the Indianapolis Colts to win 42-20.

This isn’t the first time the moms have been photographed together.  In September they were spotted watching John’s game together as well.

While John is Bridget’s only child, Tom and Gisele are parents to Benjamin, 4 and Vivian, 1.