Date night! It won’t be long before Soleil Moon Frye and her husband Jason Goldberg become parents again. Getting in just some couple time, the pair were spotted leaving Chateau Marmont on Wednesday night. 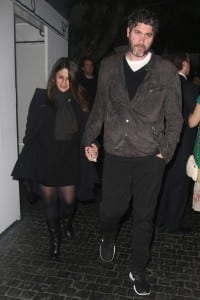 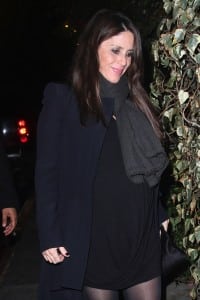 Due in 2 two weeks, Soleil joked to People.com while attending Sean Penn’s  ‘Help Haiti Home’ Gala that the baby could ‘pop out any second’.

Thankfully he didn’t, but that hasn’t stopped the little guy from making demands the mom-to-be can’t resist. 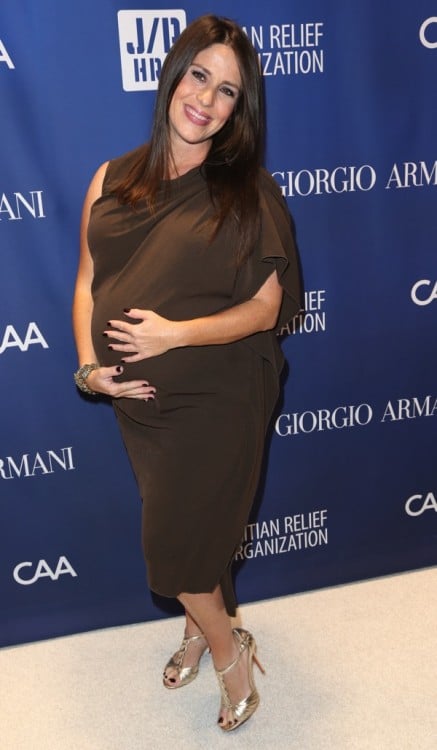 “The baby craves lots of soul food and lots of spices,” Soleil revealed. “So we go to all the soul restaurants in Los Angeles. We love Roscoe’s. The baby loves chicken and waffles!”

Already the mom to daughters Jagger Joseph Blue, 5½, and Poet Sienna Rose, 8, the actress admits her third pregnancy has been less relaxing that her previous ones.

“It’s a little crazy. Running after two while being pregnant with a third is tough,” confesses Frye. “I’m just trying my best. It’s a balancing act. It’s constantly juggling. And you got to know it’s okay to make mistakes — we all make mistakes.”

Will this be her last baby?

“That would be up to my hubby,” she says with a laugh. “I would have a whole zoo at my house. We’ll see how the third goes!”