At the most fundamental level, all babies who are born should receive newborn screening.  End of story. But unfortunately this is not the case across Canada. 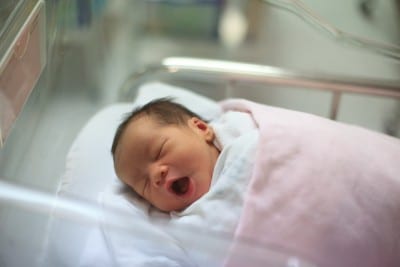 Speech-Language and Audiology Canada(SAC), along with the Canadian Academy of Audiology, have issued a report card on the state of newborn hearing screening and it’s not good.

Currently only 25% of all Canadian babies receive auditory screening at birth with eight of the 13 provinces and territories get a failing grade, four (Ontario, Nova Scotia, Prince Edward Island and New Brunswick) get a passing grade and only one (British Columbia) gets top marks.

The report card is as follows:

The Canadian Paediatric Society, reports that permanent hearing loss is one of the most common congenital disorders, with affects an estimated one to three per thousand live births.  Early diagnosis, and intervention can profoundly and positively impact a child’s success.  In fact research has shown that when babies are diagnosed, and treated for hearing loss by six months of age, their language levels are higher with no evidence of developmental delays as seen in children who are diagnosed after six months.

“The initial newborn hearing screening is really just the first step. It’s an extremely important step, but it’s just the first one,” says Dr. Roula Baali, audiologist and SAC Board Director. “When we talk about early hearing detection and intervention we are really talking about a comprehensive strategy to not only screen babies for hearing loss at birth, but also provide timely diagnosis and intervention programs for children who have hearing problems and surveillance of those who do not.”

“While we applaud the provinces and territories that have taken steps over the last few years to implement programs, there’s still a lot work to be done,” continues Dr. Baali. “We need to get to a point where every child in Canada has access to excellent services, regardless of where he or she lives.”

Permanent childhood hearing loss, they say, has been described by some experts as a neurologic emergency. Studies show that extended periods of auditory deprivation can have a significant impact on a child’s overall brain development.

“Hearing loss affects a child’s understanding and use of language. It can also affect their cognitive, social, emotional, academic and communication development. The sooner we can detect a hearing problem, the better the chances for improvement and future success,” explains Dr. Baali.

It is also believed that detecting hearing loss earlier will save each province/territory more money in the end.  A study recently revealed that if 100% of babies were screened, each province would save 1.7 million dollars.   That’s because the cost of educating children whose hearing loss is detected later is considerably more – almost $13,000 a year more per student.