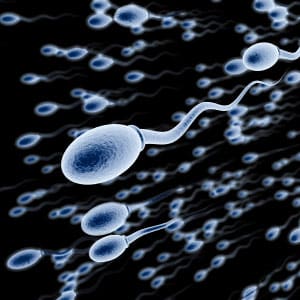 All over the world, the rates of infertility among men are rising. But infertility isn’t the only reason couples struggle to conceive. While the World Health Organization says, any sperm count over 15 million per milliliter of semen is normal, authors on a study that analyzed the sperm count of Frenchmen between 1989 and 2005 say that a lower sperm count can delay conception among fertile couples. Those same researchers found that sperm counts are on the decline among the French population.

Over the course of the study, researchers found that the number of sperm in one millimeter of the average 35-year-old Frenchman’s semen dropped from about 74 million to about 50 million. That’s a decrease of about 32 percent. On average, that comes out to about a 2 percent decrease in sperm per milliliter per year.

“One would look at that and say it’s not all that much. It isn’t, but if it’s occurring on a yearly basis, it can add up,” Grace Centola, president of the Society for Male Reproduction and Urology in Birmingham, Alabama, who was not involved in the study, told Reuter’s. “That’s certainly within the normal range, but if you think about it, if there continues to be a decrease, we would expect that we’ll get into that infertile range.”

But Frenchmen aren’t the only ones suffering from a decline in sperm count. Dr. Joelle Le Moal, the study’s lead author from the Institut de Veille Sanitaire in France say that global analyses have found decreases among men Israel, India, New Zealand and Tunisia.

“A decline in male reproduction endpoints has been suspected for several decades and is still debated all around the world,” Le Maol told Reuters. “Geographical differences have been observed between countries, and areas inside countries.”

What’s more, researchers said that they also found an increase in the number of abnormally shaped sperm. This too can influence fertility, and while some of the increase can be explained by better analysis procedures, Le Moal says there’s more to it than just better science.

So why is this happening? Researchers can only speculate. Some studies have indicated that laptops may be capable of cooking sperm, but there have also been links to various environmental factors, like increased exposure to chemicals that can decrease sperm count. Le Moal also says that it’s important to consider things like lifestyle. Men are more sedentary than they used to be and they weigh more.

“I think it’s a combination of a lot of things,” Centola said, adding that factors could include both environment and diet.