Home » Study ‘1 in 20 U.S. Children May Have Health or Behavioral Problems Related to Alcohol Exposure Before Birth’

Is it safe to drink while you’re pregnant?  Studies that have been released over the past couple years have made the answer to this question a little blurry.  Some say yes, others absolutely no – and in between you get the ones that say a glass of wine is fine…  But in reality moms-to-be shouldn’t have anything to drink.  Sadly, this isn’t the case.  In fact, new research suggests that as many as one in 20 U.S. children may have health or behavioral problems related to alcohol exposure before birth. 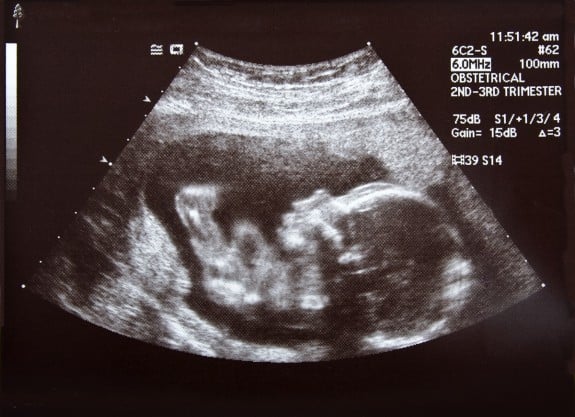 “Knowing not to drink during pregnancy and not doing so are two different things,” especially before a woman knows she is pregnant, said lead researcher Philip May, a professor of public health at the University of North Carolina at Chapel Hill.

Social pressures or the difficulty in changing their drinking habits, may be behind the high number of babies who are born exposed to alcohol.

Fetal alcohol spectrum disorders is a continuum of various permanent birth defects caused by the mother’s consumption of alcohol during pregnancy  This term describes the full range of disabilities that may result from prenatal alcohol exposure.

For their study Professor May’s team chose a nationally representative town in the Midwest that had an average annual alcohol consumption rate about 14 percent higher than the rest of the United States.  Of the town’s more than 2,000 first-graders, about 70 percent of the youngsters’ parents allowed their children to participate in the study.

The team identified first-graders who had a developmental problem or were below the 25th percentile for height, weight or head circumference. The children were given memory and thinking (“cognitive”) tests, as well as behavioral tests.  The same tests were also given to a comparison group of typically developing first-graders.

The children were also assessed for the physical attributes of fetal alcohol syndrome disorder, which include small eye openings, a smooth upper lip, a thin red border to the upper lip and smaller heads.

Factors such as how long it took a mother to learn she was pregnant, how frequently she drank three months before pregnancy, and how much alcohol the child’s father drank, increased the likelihood that a child would have FASD.

Dr. Lana Popova, a senior scientist at the Centre for Addiction and Mental Health and an assistant professor of epidemiology and of social work at the University of Toronto told WEB MD,

“First and foremost, women are receiving mixed messages about alcohol use during pregnancy through their family or friends, health care providers and public health campaigns,” Popova said. “Second, the rates of alcohol use, binge drinking and drinking during pregnancy appear to be increasing among young women in a number of countries.”

Dr. Popova says that moms-to-be should completely abstain while they are expecting.

“There is no safe amount of alcohol or safe time to drink during pregnancy, or when planning on becoming pregnant,” she said. “If a woman is unaware of her pregnancy, for whatever reason, she should discontinue drinking immediately upon pregnancy recognition.”

Dr. Janet Williams, a professor of pediatrics at the University of Texas Health Science Center in San Antonio added that researchers continue to study the effects of even small amounts of alcohol during pregnancy because it is such a significant problem.

“Alcohol is a neurotoxin, and alcohol exposure is the leading preventable cause of birth defects and intellectual and neurodevelopmental disabilities,” she said. “So why is it worth experimenting with your child?”