Home » Study: 20% Teen Moms Who Give Birth Already Have a Child 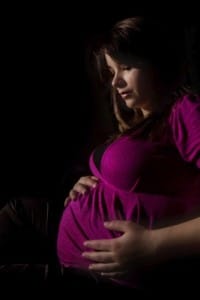 While teen birth rates have dropped in the United States in recent years, they are still the the highest in the developed world.

And while those numbers are surprising, a new Vital Signs report from the CDC revealed over 365,000 teenagers, ranging in age from 15 to 19 years, gave birth in 2010, and nearly 67,000 (18.3%) of those girls had given birth to at least one child before, also referred to as a repeat birth.

Lack of prenatal care during pregnancy and high blood pressure are just a couple risks associated with teen pregnancies.  Babies born as an outcome of a repeat pregnancy also have an increased likelihood of being prematurely and have a low birth weight.

“Teen birth rates in the United States have declined to a record low, which is good news. But rates are still far too high. Repeat births can negatively impact the mother’s education and job opportunities as well as the health of the next generation. Teens, parents, health care providers, and others need to do much more to reduce unintended pregnancies.”

Repeat teen births in the U.S. have reduced by over 6% between 2007 and 2010, data from CDC’s National Vital Statistics System demonstrated. However, the number of repeat births is still elevated and there are considerable differences between racial/ethnic and geographic groups.

Repeat teen births were lowest among non-Hispanic whites (14.8%) and highest among:

In 2010 the CDC partnered with the federal Office of the Assistant Secretary for Health (OASH) to reduce teenage pregnancy and address disparities in teen pregnancy and birth rates.

Their program involves five key components to be addressed through the program including:

Their goal is the further reduce the teen birth rates by 10% in targeted communities, increase the percentage of youth who abstain from or delay sexual intercourse and increase the consistent and correct use of condoms and other effective methods of contraception among sexually active youth.