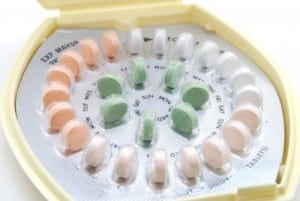 With presidential elections just around the corner, a new study may shed some light on the possible benefits of the Affordable Care Act – a provision implemented by President Barack Obama.

Under the Affordable Care Act, health insurance plans are required to provide birth control either free or at an affordable rate. This has caused a lot of debate in the political and religious arenas, but the recent study shows that free birth control can actually reduce abortion and unplanned pregnancy rates.

For the study, more than 9,000 women between the ages of 14 and 45 in the St. Louis were given free birth control for three years. During that time, the group’s abortion rates dropped from two-third to three-quarters below the national average – that’s a drop from about 19.6 abortions to 4.4-7.5 abortions per 1,000 women.

But more than just the abortion rates were impacted; among teen girls aged from 15 to 19, the national average for pregnancies falls at about 34.3 per 1,000 girls. Among the girls who participated in the study, the average was about 6.3 per 1,000.

Study lead author, Dr. Jeffrey Peipert, a professor of obstetrics and gynecology at Washington University said he expected to see the rates drop, but was “very surprised” at just how much. He says that, in all, approximately one abortion per 100 women was prevented; that’s not counting the drop in teen pregnancies.

Because the information in this study could carry a lot of political weight, Peipert chose to publish his report earlier than previously planned.

“It just has so many implications for our society,” Peipert said.

Of course, there are several factors that could have impacted the study results. Firstly, many of the women in the study were encouraged to opt for long-term birth control options, like IUDs and implants. Birth control pills are only effective when taken regularly. IUDs and implants require very little effort and care once inserted.

Unfortunately, these options are often difficult to obtain for younger and low-income women, simply because of the cost. Even though it is more cost effective over the duration of use, the upfront cost, about $800 – $1,000, the upfront cost may be prohibitive for some women. Through the Affordable Care Act, however, the cost would be covered.

Another factor that could have influenced the results is the fact that the program enrollees included women and girls that were at a higher risk for pregnancy and abortion. They had already had one abortion and were, therefore, considered more likely to have a second abortion. Additionally, the participants were considered “economically distressed” and may not have been able to afford even oral contraceptives.

Sadly, “cost” is a factor often debated about in the political and religious arenas. While certain political parties believe that it’s poor economics to not prevent unplanned pregnancies and abortions, conservatives see it as a breach of religious freedom. Conservatives also feel that it would cost too much to cover contraceptives. There are studies and experts that refute this argument, however.

According to a study conducted by the Guttmacher Institute back in 2011, unplanned pregnancies cost the United States a whopping $11 billion per year.

“The way I look at it as a gynecologist with an interest in women’s health and public health and family planning, is that it saves money,” Peipert said. “When you provide no-cost contraception, and you remove that barrier, you finally reduce unintended pregnancy rates. It doesn’t matter what side one is on politically, that’s a good thing.”

What’s more, this study may or may not have included long-term costs, like government supplementation programs for health care, food and child care. And it most likely did not consider the long-term emotional effects that an unplanned pregnancy can have on a child or the family unit.

Studies have shown that neglect, stress, anxiety and a low level of nurturing in the early years can lead to trauma that lasts on into adulthood. Others studies have indicated that these are common issues in families where there is an unplanned pregnancy, either because the child wasn’t wanted or because the family is struggling to support that child. These effects may even impact the cycle of teen pregnancy and crime in the future generation.

“It’s hard to imagine how politicians wouldn’t like to spend a dollar to save four,” said James Trussell, a Princeton University professor of economics and public affairs and expert in family planning. “Regardless of your views on abortion, virtually everybody says preventing unintended pregnancies is smart.”

“What the study suggests to me is that it’s totally supportive of the president’s provision on reproductive care and preventative services for women in the Affordable Care Act,” said John Santelli, professor at Columbia University’s Mailman School of Public Health.

Unfortunately, not everyone agrees.

Thomas Joseph White, director of the Thomistic Institute at the Dominican House of Studies in Washington, D.C. and R.R. Reno says, “If, as supporters of the contraceptive mandate argue, it will pay for itself in reduced medical expenses, so will free embryo engineering and other eugenic services, including infanticide, doctor-assisted suicide, organ harvesting, and genetic manipulation.”

As a woman that knows what it’s like to be a teen mom, I can’t really understand the huge political debate over preventing unwanted pregnancies. To me, it just seems like common sense to try and prevent them, especially in teens. While I love my son wholly and completely and have never regretted my decision to keep him, I have to admit that there were a lot of sacrifices – graduating traditional high school, attending college, career dreams, and more. I’m not disappointed with how my life turned out, but it definitely could have been a lot easier had birth control been an option for me back then.