We’ve made a lot of gains when it comes to understanding autism over the past couple of decades, yet the exact causes are still unknown. We have ideas, speculations, and statistics, but no real concrete answer as to the how’s and why’s it exists. But each new piece of information brings us one step closer to understanding this complex condition. In the latest news, a first-of-its-kind statistical analysis found that it may be primarily caused by genetics. 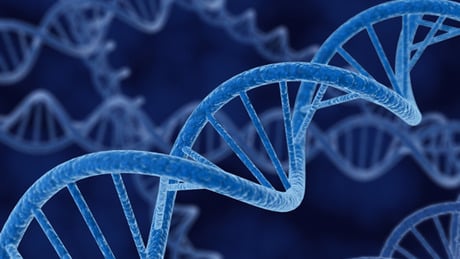 “This is a different kind of analysis than employed in previous studies,” Thomas Lehner, chief of the National Institute of Mental Health’s Genomics Research Branch, told Medical News Today. “Data from genome-wide association studies was used to identify a genetic model instead of focusing on pinpointing genetic risk factors. The researchers were able to pick up from all of the cases of illness within a population-based gender.”

Most of the recent genetic studies on autism have focused on the genomes of people with autism. These studies have suggested that those diagnosed with autism are more likely to have de novo mutations – rare and spontaneous mutations with significant effects.

“Many people have been focusing on de novo mutations, such as the ones that can occur in the sperm of an older father,” Joseph D. Buxbaum, PhD, the study’s lead investigator and director of the Seaver Autism Center for Research and Treatment and professor of psychiatry, neuroscience and genetics and genomic sciences at the Icahn School of Medicine at Mount Sinai, told Medical News Today. “While we found these mutations are also key contributors, it is important to know that there is underlying risk in the family genetic architecture itself.”

Former studies have been limited in size, which has made it difficult to ascertain the relative influences of common, rare inherited, and rare spontaneous variations. There have also been some challenges when using former statistical models when it came to obtaining a consensus view. In fact, autism heritability rates in former studies have varied greatly between 17% and 50%.

The authors of this new study say their PAGES statistical methods (machine learning techniques and dimension reduction tools) allowed them to develop a more reliable method for assessing heritability. They were also able to obtain information that allowed them to take a closer genetic look at wider range of family members – cousins, twins, etc.

With this information, researchers conducted a “rigorous analysis” of DNA sequence variations as a part of the Population-Based Autism Genetics and Environment Study (PAGES) Consortium. The Swedish universal health registry included about 3,000 participants, including subjects with autism as well as a control group. It is the largest study of its kind to date.

In total, they found that about 54.2% of all the autism cases could be traced back to both common and rare inherited genetic variations. Spontaneous mutations were found to account for only 2.6% of all cases.

“We show very clearly that inherited common variants comprise the bulk of the risk that sets up susceptibility to autism,” Dr. Buxbaum said. “But while families can be genetically loaded for autism risk, it may take additional rate genetic factors to actually produce the disorder in a particular family member.”