Wonder who’s in charge? A new University of Toronto study says that not only does a baby’s cry grab our attention, it rattles our executive function – the cognitive process used in making decisions. 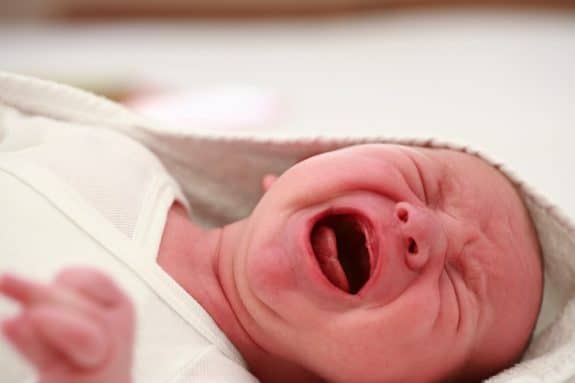 The parental instinct seems to be hardwired. Co-author of the research study David Haley is an associate professor of psychology who says that “if an infant’s cry activates cognitive conflict in the brain, it could also be teaching parents how to selectively focus their attention.”

It’s this very cognitive flexibility that allows parents to switch rapidly between the competing demands in their lives including a baby crying, and instinctively knowing when to ignore the infant – if only momentarily. The research adds to a growing body of similar studies that all suggest that infants have privileged status in our neurological programming. This is deeply rooted in our evolutionary past as humans, but also shows an adaptive cognitive function of the human brain.

The study illustrated that a crying or laughing infant reduced attention to a task and caused more cognitive conflict. Brain activity of subjects was measured via an EEG after participants heard a 2 second audio of infant vocalization – crying and laughing.

That cognitive conflict processing is important because it controls attention needed to complete a task or make a decision. Parents are constantly making a variety of decisions with competing demands on their attention. It’s common for them to have to remain calm, cool and collected while still effectively responding to their child’s emotional and physical needs. When an infant’s cries or laughter activates the automatic response in the brain, parents deal with competing concerns and tasks even as they decide how best to respond to the needs of the baby.

While the study showed the general effect infant vocalization had on this cognitive response, Haley thinks the next step in continuing the research will be to learn whether there are differences in the neural activation of attention and conflict processing. Knowing that answer may help new mothers in their ability to respond with more sensitivity when their baby cries.

The study will be published in the journal PLOS ONE.