Home » Study: Birth Creates a ‘Map’ for Baby’s Survival Outside the Womb

The miracle of birth is an experience that you can’t fully explain. But what exactly happens during delivery, other than the obvious? Researchers suggest that, during that time, a change in the brain takes place – one that prepares the baby for survival outside the womb. 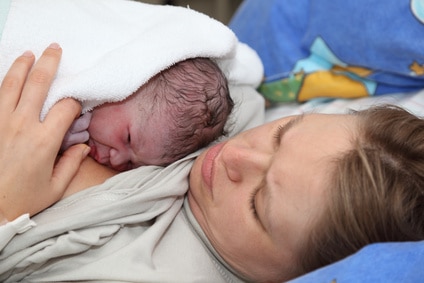 Mice and humans both have intricate maps that help them process a variety of sensory information, the researchers from Japan said in the journal Developmental Cell.

In mice, the barrel cortex contains neurons that process information from the whiskers. Arranged in a “map” that corresponds to the spatial pattern of whiskers on the snout, these columns of neurons respond when adjacent whiskers are stimulated. Previous studies have suggested that a specific neurotransmitter – serotonin – plays a big role in the development of these sensory maps. However, it has been unclear up to this point what this role was.

To explore this further, researchers analyzed the brains of mice pups and measured their serotonin levels during birth. They found that, during birth, there was a significant drop in these levels, which, in turn, triggered the formation of the neuronal circuits in the barrel cortex of the brain and the lateral geniculate nucleus (LGN) – a section of the brain responsible for visual processing.

“Our results clearly demonstrate that birth has active roles in the brain formation and maturation,” Hiroshi Kawasake, of Kanazawa University in Japan and senior author of the study, told Medical News Today. “We found that birth regulates neuronal circuit formation not only in the somatosensory system but also in the visual system. Therefore, it seems reasonable to speculate that birth actually plays a wider role in various brain regions.”

Researchers also say that this could explain the development of mental disorders later on in life.

Serotonin does much more than just develop maps in the brain, it is also plays a vital role in the regulation of mood, learning, sleep and vasoconstriction – the construction of blood vessels. Low levels of serotonin are also known to play a vital role in the development of certain mental disorders, such as depression and obsessive compulsive disorder (OCD). Understanding this link better through more research may help doctors target children who have an abnormal birth for possible issues with serotonin levels during or after delivery.

“Uncovering the entire picture of the downstream signaling pathways of birth may lead to the development of new therapeutic methods to control the risk of psychiatric diseases induced by abnormal birth,” Kawasaki said.