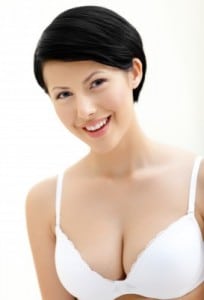 Why do you wear a bra? For most women, it is to keep the girls in, up and facing the same direction. Bras have been long known as the controller. They can keep even the saggiest boobs in order. But are they unnecessary? A new study suggests so.

Jean-Denis Rouillon, a sports science expert from the University of Besançon, France, who looked at the effectiveness of the bra over a 15-year period, says that the main conclusion from the preliminary results of his “marathon experiment” is that the bra is a ‘false necessity’.

During an interview with France Info (radio), Professor Rouillon said:

“Medically, physiologically, anatomically – breasts gain no benefit from being denied gravity. On the contrary, they get saggier with a bra.”

For his study Professor Rouillon used used a slide rule and a caliper (a device used to measure the distance between two opposite sides of an object) to carefully measure changes in breast features of hundreds of women between the ages of 18 and 35 years old.

Rouillon found that women who never wore bras had nipples on average seven millimeters higher in relation to their shoulders each year than regular bra users.

The study found, according to preliminary data, when young women stop wearing a bra:

A 28-year old female, who participated in the study says she swears by the findings.

“There are multiple benefits (to being without a bra): I breathe more easily, I carry myself better, and I have less back pain.”

It is not noted what size her breast are, if she has/had children or if she is of average size.

Women who have breasts that are an A or B cup can sometimes get away with going braless because there is less to fall. I, however, am a DD and could never get away with not wearing a bra outside of the house. Plus, at 28-years-old I was a size zero and childless so I could with being more ‘free’ because everything was sitting where it should. Now, 10 years and 2 kids later, I am a few extra dress and bra sizes.  Over time the elasticity in your skin is reduced.

Rouillon acknowledged that older women (45 years or more) would get no benefit from throwing away their bras saying,

“But a middle-aged woman, overweight, with 2.4 children? I’m not at all sure she’d benefit from abandoning bras.”

So what do you think ladies?  Would you be better off without a bra?