Three years ago after lots of research and consideration we started our son on medication for ‘ADHD’ or in our case Autism, which has many of the same behavioural characteristics as ADHD.

Born at 24 weeks he has always been the smallest kid in his age group so one of my biggest concerns was growth. From the minute he arrived we have obsessed over weight gain and we had finally hit a spot where we were starting to see him thrive.  We were told one of the side effects of his medicine was a loss of appetite so we were going to need to adjust his meal schedule to account for this – which we did. 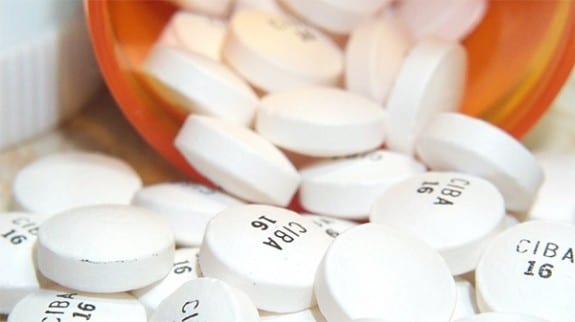 In the almost three years he was on the medicine he grew academically, but his physical growth flat lined.  In fact in that time he maybe grew 2 inches and added a couple of pounds on – despite the fact that I would chase him around the house with food.

This Summer we made the decision to stop giving him his medicine in order to allow him to eat regularly and hopefully grow.  I am very sensitive about this subject because there hasn’t been a day since his birth that I haven’t worried about fat, protein and calories for our son.

So you can imagine my surprise when I came across the headline “ADHD drugs ‘do not stunt children’s growth,’ say AAP‘”. As of 2011 studies it was estimated that around 11% of children aged 4-17 have been diagnosed with ADHD. A number that accounts for 6.4 million kids in the United States, which is an almost 4% increase over 2003’s diagnoses.

The cause of this huge increase in children with this disorder is not fully known, but factors such as brain injury, environmental exposures, alcohol and tobacco use in pregnancy, premature delivery and low birth weight are high on the list.

Like my son, children with ADHD are often found to have three primary characteristics – inattention, hyperactivity, and impulsivity. To combat this doctors prescribe a stimulant, which has a calming effect on children with the condition.

For their study the American Academy of Pediatrics (AAP) examined 340 children with ADHD who were born between 1976-1982 and compared their final height in adulthood with a control group of 680 children who did not have the disorder.

“Our findings suggest that ADHD treatment with stimulant medication is not associated with differences in adult height or significant changes in growth.”

My problem with this is that it does not state in the study how long the kids took the stimulants for and it doesn’t mention which medications or the doses the children were on.

I can personally say that the medication has stunted my son’s growth and that is why he is currently not on it.  But in our case we were already behind because he has never been big enough to even be in the 1% for his age group – so being on a medicine that suppresses his appetite was a double hit.

But even in regular children I find it hard to believe that not having a regular appetite, and eating less won’t have a long-term effect on growth.