There are many risks during childbirth; cardiac arrest is one of them. Excessive bleeding, heart attack, preeclampsia, amniotic fluid embolism, heart attack – all of these can result in irregular heart rhythms or reduce the flow of blood and oxygen to the heart. In short, it cause the heart to stop. It can prove to be fatal to both the mother and the infant. And, even if the infant does survive, it must be delivered within 5 minutes of cardiac arrest, or neurological problems can result. 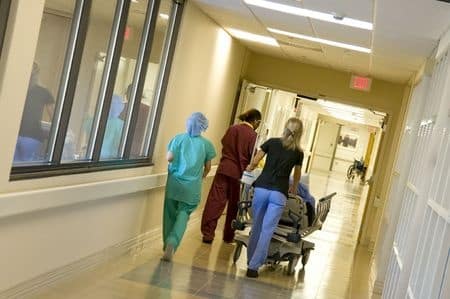 Though cardiac arrest during or after delivery is still relatively rare, a new study published in the journal Anesthesiology says that it may be grossly underreported.

After looking at data on more than 56 million hospital births, researchers found 4,843 cardiac arrests. This means that about 1 in every 11,749 delivering mothers suffered cardiac arrest during, or after delivery. This is a figure twice that of the previously reported numbers.

“These are rare high-stakes events on obstetric units, and team preparation is critical to ensure that everyone is ready to act quickly and effectively,” Dr. Jill M. Mhyre, associate professor of anesthesiology at the University of Arkansas for Medical Sciences in Little Rock, told Medical News Today. “Fortunately, physician anesthesiologists are experts in leading resuscitation teams for maternal cardiac arrest and other emergencies that happen on the labor floor.”

Older mothers, black mothers and those receiving state-funded insurance were most likely to suffer cardiac arrest, the study reported. These findings were also similar to those highlighted in a 2012 study that was published in the Journal of Perinatal and Neonatal Nursing, which found that black women were 3.7 times more likely to die from pregnancy complications than Caucasian women.

However, there is a plus side to the information in this study: researchers found that maternal cardiac arrest survival increased from 53% in 1998 top 60% in 2011. This, too, is higher than what has been reported previously. Still, it’s not good enough, Dr. Mhyre, author on the study, said.

“A 60% rate of survival from cardiac arrest is good, but maternal mortality in the United States remains unacceptably high,” she said. “This information will assist health care providers to deliver the most effective maternal cardiopulmonary resuscitation when both the mother’s and baby’s lives are on the line.”