There is some positive news on the car seat safety front. The U. S. Centers for Disease Control and Prevention is reporting a reduction in U.S. child car deaths over a ten-year period.

The study focused on car crashes that involved children aged 12 years and younger as passengers. The data was collected by the National Highway Traffic Safety Administration and analyzed by CDC researchers. Between 2002 and 2011 death rates have fallen from 2.2 deaths to 1.2 deaths per 100,000. That is a significant decrease by 43 percent over the previous decade.

This could be in part to increased technology.  Side Impact protection, advanced cushion systems to protect your child’s head, steel-reinforced metal frames and easy to adjust harness systems are just a couple of the ways manufacturers have stepped up to ensure that your little one is covered from all angles in the event of an accident.  Plus, most seats on the market now have a minimum 5-point, 60lb weight limit, which ensures that your child will  be able to be in the seat for longer.

In a telephone news conference CDC Director Thomas Frieden had this to say:

“The good news is motor vehicle deaths decreased by 43 percent over the past decade for children age 12 and younger. The tragic news is still with that decrease; more than 9,000 kids were killed on the road in this period.”

People have offered up many excuses for their children and themselves not wearing seatbelts. One of the most common is that the seatbelts are uncomfortable. If used from birth, children feel more comfortable with a seatbelt than without. The following simple guidelines for safety seat usage should ensure that there is no discomfort being offered by the seatbelt. 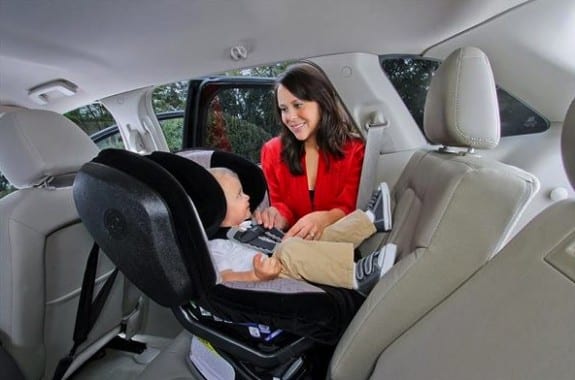 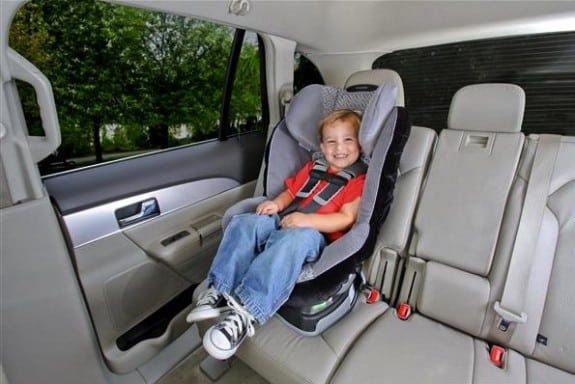 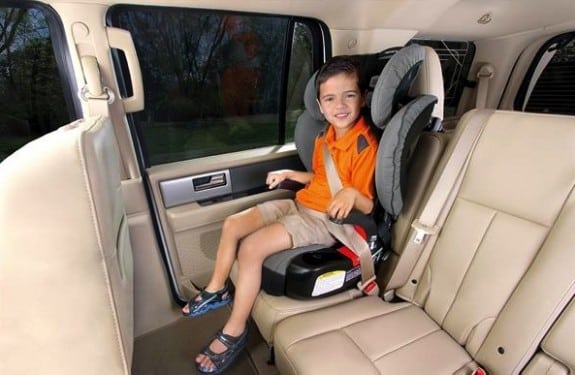 In addition, children under the age of 12 must ride in the back seat. Never place a rear-facing car seat in front of an active air bag.

If you have any questions about the safety of your child while in their seat, The National Highway Traffic Safety Administration has a search engine to help you find the closest car seat inspection location.

The most important thing to remember is that you are your children’s role model. If you buckle up, so will they.

Mom to a super active 13 year old man-to-be, Julia has had a crash course in all things ADHD and Asperger’s Syndrome. She is currently exploring the world of online high school education with her son. When not refereeing assorted dogs, cats, and kids, she spends her time writing, researching, singing, and teaching Sunday school.