Home » Study: Children Don’t Necessarily Sleep Through the Night by Age One 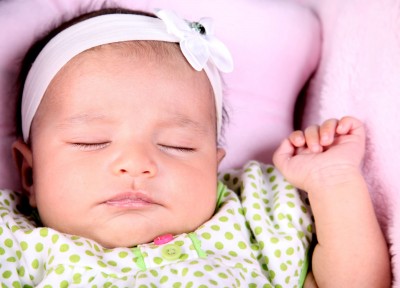 Parents who are stressed that their baby still gets up at night may be interested in new study that counters a common assumption that children, by the age of one, should be sleeping through the night.

Dr. Lynn Loutzenhiser, a psychology professor at the University of Regina, and her team conducted a study on 941 families in Canada with babies aged 6 to 24 months and 73 percent said that their babies woke up once or more nights in a week.

“Twenty per cent of our parents said the child wakes up three or more times a night and 43 per cent, or almost half, said their child wakes up most nights,” Loutzenhiser said. “So, the idea that they sleep through the night is clearly not happening for many Canadian families.”

The survey also revealed that the technique of controlled crying where babies are left alone to learn to go to sleep on their own when they wake up, does not necessarily help teach a baby to sleep through the night. Dr. Loutzenhiser added that this technique may only work when there is a sleep clinic expert involved in the process.

“In most cases, the child cries for varying lengths of time before going back to sleep and before learning to fall asleep on his own. It’s one thing to be in a clinic with a professional helping you learn a technique to help your infant sleep and another to be on your own, reading books or talking to people and trying to do it yourself,” she said.

Of the 53 percent parents who had tried the controlled crying technique, only one in six said it helped eliminate night waking whereas 37 percent did not find any change in the abrupt sleep pattern of their child.

Many parents chose to read bed time stories and have a bed time routine that worked in making the baby go to sleep, but as every child is different, the methods adopted by parents to tackle the issue of sleep should differ too, according to the researchers.

“There probably isn’t one answer for everyone,” said Dr. Loutzenhiser. “In parenting, there’s things that work for one that won’t work for others.”