Home » Study: Eating Peanuts during Infancy May Protect Against Allergy

Food allergy rates in children have been climbing steadily in the United States, Australia, and Western Europe. In fact, somewhere around 1-3% children in these countries are affected by a peanut allergy. Emerging evidence suggests that Africa and Asia are also starting to see this increase in peanut allergies. Yet, oddly enough, this same effect isn’t being seen in Israel, and that led researchers to question why. 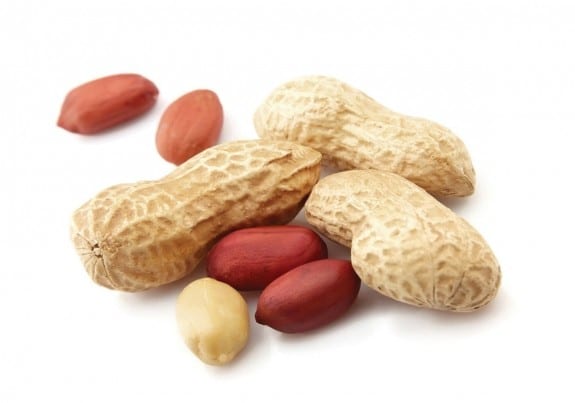 Peanut allergies typically develop early on in life. Those at highest risk are children with a family history of a peanut allergy, or those that suffer from eczema or have an allergy to eggs. There’s no cure, and once it develops, children are unlikely to outgrow it.

A severe reaction can lead to a fatal condition known as anaphylactic shock. As a result, families that have a child with the allergy must be extremely diligent about what their child eats at home, at school, and at restaurants.

Current guidelines suggest not feeding peanuts to young children, especially those at high risk. The thought is that this will reduce the chances of the child developing an allergy. However, recent information, as well as the new study, suggests that this may be incorrect information.

Gideon Lack, a professor and head of the Department of Pediatric Allergy at King’s College London and his colleagues carried out a study called Learning Early About Peanut Allergy (LEAP). They opted to do so after observing that Jewish children raised in Israel, who are fed peanut products very early in life, have lower rates of peanut allergies than those raised in the United Kingdom.

The randomized controlled study involved 640 babies between 4 and 11 months of age. All of them had been assessed as having a high risk of developing a peanut allergy, either because they had eczema or because they had an allergy to eggs.

Children from the study were randomly assigned to one of two groups: those that were fed peanut-containing products three or more times a week, and those that were not to have peanut-containing foods until they reached age five. Families were asked to report how compliant they were with the instructions via questionnaires, and the peanut levels in their home were also tested.

Overall, the allergy rate in children given peanut products was found to be 3.2%. This was compared to the avoidance group in which 17.2% ended up developing an allergy. This translates into more than an 80% reduction in the peanut allergy rate.

“The early introduction of peanuts significantly decreased the frequency of the development of peanut allergy among children at high risk for this allergy and modulated immune responses to peanuts,” study authors told Medical News Today.

And, just in case you’re wondering, early introduction of peanuts was both tolerable and safe for most of the children. However, 13 of the children assigned to the peanut group were removed from the study because they were unable to tolerate peanut-containing products from the very start. For this reason, the study authors suggested that “parents of infants and young children with eczema and/or egg allergy should consult with an Allergist, Pediatrician, or their General Practitioner prior to feeding them peanuts.”

Still, this information does suggest that the current guidelines may not be the most effective way to prevent peanut allergies in children, and it is definitely something worth looking into with the rate of peanut allergies still increasing, each and every year.

“This is an important clinical development and contravenes previous guidelines,” Lack said. “Whilst these were withdrawn in 2008 in the UK and US, our study suggests that new guidelines may be needed to reduce the rate of peanut allergy in our children.”

Professor Lack and his colleagues are also continuing with their study to determine if the protection against peanut allergies continues in the children fed peanuts, or if they need to continue to consume them regularly to maintain their immunity.

“The next stage of our work, the LEAP-On study, will continue to monitor those children who consumed peanuts to see if they remain protected against allergy even if they stop consuming peanut for 12 months.”