Home » Study: Fertility of a Woman Linked to Her Mother’s Age at Menopause 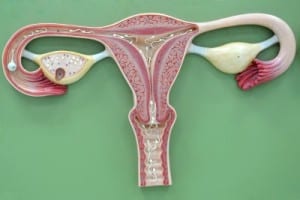 When thinking about what you inherited from your mother, you probably think of her eyes, her nose, maybe even her penchant for not being wasteful. But her ovaries? While not exactly a science, one set of Danish fertility experts have found this to be partially true; they say a woman can somewhat determine how long her fertility will last by looking at her mother’s age at menopause.

Reported in the journal, Human Reproduction, a study involving 527 women between the ages of 20 and 40 found that women born to mothers who had experienced an early menopause had fewer eggs in their ovaries than those born to mothers who had experienced a later menopause. This was determined by using two accepted methods for measuring the “ovarian reserve” of a woman, anti-Mullerian hormone (AMH) and antral follicle count (AFC) measurement.

Other studies have indicated that a woman may start seeing a decline in fertility as early as 20 years before the onset of menopause. For example, a woman who is going to enter menopause at 40 may start to see a decrease in fertility as early as 20 years of age. This knowledge, along with the knowledge from the most recent study has prompted researchers from this study to encourage family-planning early on.

“Our findings support the idea that the ovarian reserve is influenced by hereditary factors,” said lead researcher on the study, Janne Bentzen, told BBC News. “However, long-term follow-up studies are required.”

Dr. Valentine Akande, a consultant gynecologist and spokesman for the British Fertility Society couldn’t have agreed more. He says that the findings are helpful, but adds that women shouldn’t be panicked if their mother had an early menopause. He does back the early family planning recommendation, however.

“There is a huge amount of variation among women,” Dr. Akande told BBC News. “Some will have more eggs and some will have less. Whilst it is assumed that lower egg umber is associated with more challenges at getting pregnant this study did not look at. Currently, there is no test that can accurately predict fertility. The advice remains the same – the younger you start trying for a baby, the more likely you are to be successful.”