Though former studies suggest donor age is crucial in achieving a satisfactory outcome during fertility treatments, a new study says otherwise. In fact, this new information, presented at the European Society of Human Reproduction and Embryology (ESHRE) Annual Meeting in Munich, Germany, says it is sperm quality that determines the outcome of fertility treatments. 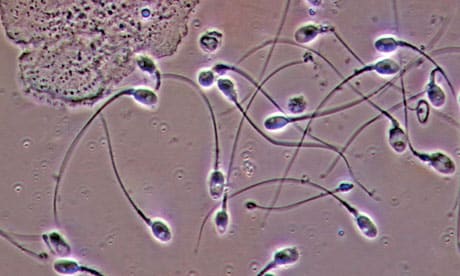 While it can be judged on a case by case basis, current guidelines in the UK state that sperm should not be taken from donors 41 years or older. And in the United States, most sperm banks require that donors be between the ages of 18 and 39; some even set that maximum age limit at 34.

Study co-author Dr. Navdeep Ghuman, of the Newcastle Fertility Centre at Life in the UK, and colleagues, says that those guidelines are based on past research – research that indicates older men are likely to have a lower sperm count, lower semen concentration and motility, and more DNA mutations than younger men. But the team says that none of these actually prevent conception.

The research team, led by Dr. Meenakshi Choudhary of the Newcastle Fertility Centre of Life, felt there wasn’t enough information regarding the association between age and sperm quality. And so, using data from the Human Fertilization & Embryology Authority, the team analyzed all fertility treatment cycles with sperm donation in the UK between 1991 and 2012. Of the 230,000 sperm donation cycles during that time period, researchers included 39,282 first cycles that were used in either in vitro fertilization (IVF) or donor insemination.

Since female fertility is known to decline with age, the team divided the female participants of the study into two age groups: those that were treated with donor sperm between the ages of 18 and 34, and those that were treated after the age of 37. The two groups were then divided again, depending on whether their treatment was through IVF or artificial insemination. Sperm donors were also divided into groups, based upon age. In total, there were six age groups: under 20, 21-25, 26-30, 31-35, 36-40, and 41-45.

There was a different and rather surprising trend among women over 37 undergoing fertility treatment, however: younger sperm donors actually seemed less likely to produce successful treatment outcomes than older sperm donors.

However, it does suggest that it is not donor age, but the quality of the sperm that determines whether or not pregnancy is achieved.