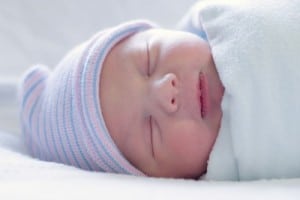 While the majority of hospitals are still offering free formula sample diaper bags upon discharge, a recent study indicates that the numbers are decreasing.

Anne Merewood, an associate of professor of pediatrics of Boston University School of Medicine conducted a survey of hospitals in all 50 states to determine how many offered free formula samples in 2007. She then followed up on her research in 2010. What she found was that twice as many hospitals no longer offer the free samples to new mothers.

States that had the biggest decrease in free formula samples were also the states that saw the most progress. The 10 best states in 2007 included California, Washington, Massachusetts, Minnesota, Vermont, New Mexico, Oregon, Wisconsin, New Hampshire and Rhode Island. Each state decreased in free formula distribution from 2007 to 2010.

The worst ten states in 2007 included Arkansas, Washington, D.C., Mississippi, Oklahoma, West Virginia, South Dakota, Iowa, Maryland, New Jersey and Texas. Of the ten worst, Texas improved the most with a 14% decrease – 15% of hospitals not offering formula in 2010 compared to just 1% in 2007.

“Things are getting better, but still not that great,” Merewood stated. “The hospital should not be used as a marketing tool by the formula company.”

According to Merewood, free formula samples undermine the American Academy of Pediatrics’ recommendation that infants should be exclusively breastfed for the first six months of life. She also stated that it directly violates an international code outlined by the World Health Organization that states that breast milk substitutes should not be marketed to the general public.

Board Certified Lactation Consultant and spokesperson for the La Leche League, Leigh Anne O’Connor agrees. “Breastfeeding is not easy to begin with. It’s a learning curve. Having formula in the house can sway a woman to give up quickly on breastfeeding,” she stated. She also added that the data shows, “a drop of progress [but] we have a long way to go.”

In response to the report, the International Formula Council submitted a statement saying, “This study did not demonstrate any effect of infant formula sample packs on breastfeeding rates, which have continued to increase over the past decade.”

MeadJohnson, the makers of Infamil also responded to the data, stating,

The Council is not incorrect in its statement that breastfeeding has increased. According to a report by the CDC, 60% of children born from 1993-1994 were breastfed and 77% were breastfed in 2005-2006. An increase, but only a slight one when you consider the data is for an entire decade – a decade full of studies and reports that clearly outlines the benefits of breastfeeding. Additionally, the CDC study does not indicate how long the infants were breastfed; only that they were breastfed at some point.