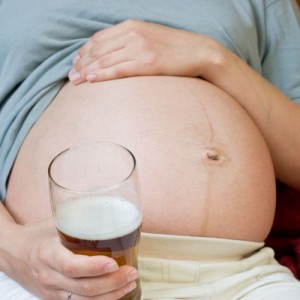 Ignoring the repetitive warnings given by Food Standards Australia New Zealand (FSANZ) and Alcohol Education and Rehabilitation Foundation (AERF), Australian mothers, it seems, continue to take chances with their pregnancy and health of unborn child, as a recent survey has revealed a shocking 30 percent of Australian women believe that drinking is fine while pregnant.

Conducted by the AERF, the survey asked 1014 women if they thought drinking during pregnancy or breast feeding was alright. While 90 percent of the women knew the harms of alcohol to the child’s health, 30 percent still confessed to having taken alcohol while pregnant. 10 percent even believed that moderate intake of alcohol will bring no harm to the baby.

It has been known for quite some time now that any level of alcohol intake during pregnancy and while breastfeeding may lead to various harmful health problems in the baby. Known as Fetal Alcohol Syndrome (FAS) it may cause stunted growth, brain damage or physical abnormalities in the baby. While there are no clear limits to the amount of ‘safe’ alcohol consumption for an expectant mom, it surely must be a basic precaution every mother takes to avoid deliberate complications at a later stage.

What also comes as a surprise is that while Australian alcohol exported to US and Canada  carry labels warning pregnant moms of the dangers of alcohol, the same labels are absent from the beverage bottles sold within the country. – Atula, Staff Writer