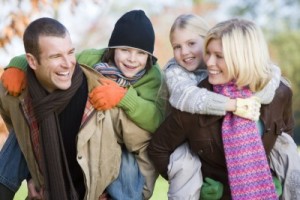 The study of 1133 young adult parents, whose mothers took part in a 15-year study from 1979, found significant generational changes in parenting practices.

Researchers set out to see if 1990s parents followed the practices of their own mothers but found parents today were showing a lot more affection to their children, reading to them more and spanking them less.

“We were surprised that mothers seem to learn a lot about the parenting role from their own mothers, but fathers don’t follow their mothers as much,” said researcher Jonathan Vespa in a statement.

Overall, there was a large generational shift in which the second generation of parents was much less likely to spank than their own parents.


In general, the amount of affection that parents show their children has increased significantly over the generations.
SOURCE

via reader Nadia (thank you!)