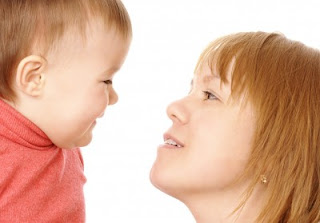 A small study conducted by the Northwestern University, has revealed that babies learn to recognize words and identify objects even before they start speaking. In fact, it plays an important role in developing a child’s comprehension and communication.

The researchers divided 46 infants aged between 2 to 4 months into two groups. One group was shown pictures of fishes paired with the word ‘toma’ whereas the other group was shown the same pictures paired with a beep. Later when the infants were shown picture of fishes and a dinosaur, the babies who had heard the word, recognized fishes and identified them as a particular object category, while the other group did not.


“For infants as young as 3 months of age, words exert a special influence that supports the ability to form a category,” said Susan Hespos, associate professor of psychology and one of the authors of the study. “These findings offer the earliest evidence to date for a link between words and object categories.”

When people are continually talking to babies using words, it helps them relate objects they see in their surrounding with that word, and categorize them. As they grow up and learn new things everyday, it helps to pick new words, and understand the meaning faster.

So ultimately, having a conversation with your 1 or 2 month old actually helps develop his language skills for later years even if the response at that time is just a blank stare or a smile. – Atula, Staff Writer