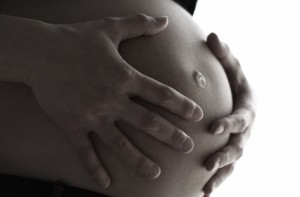 For pregnant women who are continuing to take folic acid supplements even after their first trimester is over, here is a word of caution from researchers who studied the relation of folic acid in late pregnancy and the chances of developing asthma in children.

Lead by Dr. Michael Davies, of the University of Adelaide, Australia, researchers conducted a study on 400 children whose mothers had been followed since pregnancy. It was revealed that 12 percent of the children had developed asthma by age 3 and the same percentage showed signs of the respiratory problem by age 5.

What the doctor pointed out though, that this does not contradict with the use of Folic Acid supplement in early pregnancy, specifically during the first trimester.

It is actually very important for expectant mothers to take 400 micrograms of folic acid daily to ensure the fetus does not have any neural tube defects. These birth defects of the spine and the brain include an anomaly called Spina bifida in which the spinal chord is not properly formed and also anencephaly where the brain development is retarded.

The study found that children whose mother took folic acid from the 30th week on, mostly as a part of a multivitamin, were one-quarter more likely to develop asthma by the age of three and the problem could persist till age five.

A theoretical reason for this, as suggested by Dr. Davies was that the fetal immune system develop at a very late stage and during this time folic acid could alter the activity of the immune system genes in the lung tissues.

Folic Acid is also found naturally as folates in foods like beans, peanuts, orange juice, lentils and green vegetables like spinach and broccoli. Since the study did not link the risk of asthma with natural folates, Dr. Davies noted that women should eat more of such food through out pregnancy.

He stressed, however, that a single study is rarely enough to change health policies and practices.

“We would like to see systematic replication of our findings and clinical trials in various populations,” he said, “so that we can provide appropriate, refined and targeted advice.”