Home » Study: Food Allergies Not As Common As Thought 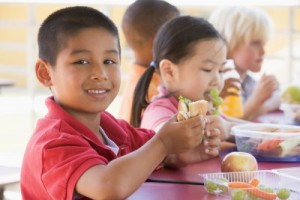 It is estimated that 30 percent of the US population believe they have food allergies. A new study commissioned by the US federal government shows that the reality is much, much smaller.

Dr. Marc Riedl, an author of the study and allergist/immunologist at the University of California, Los Angeles, says that only 8 percent of children and 5 percent of adults actually suffer from food allergies. Dr. Riedl believes that only half of the patients that see him for food allergies actually have these allergies.

Dr. Riedl and his colleagues studied more than 12,000 articles on food allergies published between January 1988 and September 2009. Of those articles, only 72 actually contained enough data to be analyzed rigorously. People who receive a positive result after one of the two tests for food allergies actually only have less than a 50 percent chance of actually having that allergy.

Dr. Jennifer J. Schneider Chafen, the lead author of the study, feels that one problem is varying definitions of “food allergy.” Often food intolerances are mistaken for food allergies. This study is one of many being used by National Institute of Allergy and Infectious Diseases to create a more controlled allergy testing standard. Many doctors believe that a positive test for a positive test for IgE antibodies means the person is allergic, however that is not always the case.

“There are plenty of individuals with IgE antibodies to various foods who don’t react to those foods at all,” Dr. Boyce said.

The study has also shown that some of the common ideas about allergies are not necessarily true. The belief that infants should not eat eggs for the first year of life, or that breastfed infants have fewer allergies, have little researched evidence behind them. Many experts are looking at what it means to have a food allergy in a new way. – Summer, staff writer