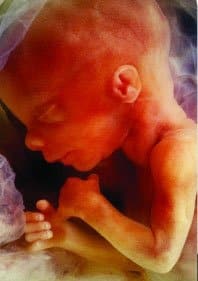 Our brains are like a control center, telling our bodies how to respond to the world around us. It’s also responsible for maintaining homeostasis – the relatively constant internal conditions necessary for life (everything from regular breathing to body temperature). When any part of our brain fails to function properly, glitches within the system occur. This can mean anything from an inability to maintain homeostasis to a problem with language, cognitive abilities or sensory processing.

Its intricate system is complex and fascinating. It’s also been the focal point of scientists and researchers for some time now. Part of the interest comes from the simple fact that we humans are different than other life forms. Scientists want to know why. But part of the intrigue comes from the fact that, if some of the idiosyncrasies or malfunctions can be better understood, conditions like Downs Syndrome, autism, ADHD and more could become more treatable, and possibly even preventable. Maybe this fact is what researchers had in mind with a recent study that uncovered two very specific “peaks” in genetic brain development.

Led by the Yale School of Medicine in New Haven, CT, the Neuron published study found that genetic expression (the process that leads to ‘interpretation’ of the genetic code, which essentially determines the observable characteristics of an organism – everything from behavior to appearance) surges before birth and during adolescence. They say that the initial surge of brain-developing genetic expression takes place during the first two-thirds of gestation. From then to adolescence, the “middle intermission” of brain development, which is genetically less active, takes place. Then, again, in adolescence, a final surge of genetic expression development takes place.

Researchers described the three phases of development as a three-part “symphony.” The first surge is when the brain develops its “general architecture.” The second phase, though less active in gene expression, is also a crucial time for development because it is when synchronization between developing areas takes place. During the third phase, or surge, subtle shaping and specialization of the structure takes place. Researchers say that this new information further solidifies the importance of a healthy environment during the early years of life (as well as the importance of a healthy uterine environment).

“The findings emphasize the importance of the proper interplay between genes and environment in the child’s earliest years after birth, when the formation of synaptic connections between brain cells becomes more synchronized, which shape how brain structures will be used later in life,” Nenad Sestan, professor of neurobiology at Yale’s Kavli Institute for Neuroscience, told Medical News Today.

Researchers also said that it’s the section of the brain being developed prior to birth and during adolescence that makes humans unique (the neocortex). This is especially true for the final phase of genetic expression development.

When analyzing the difference between brain development in humans and in macaque monkeys, researchers discovered that not all of the patterns of genetic activity found in humans were present in the monkeys. This may explain at least some of what makes human brain development so unique. It may also explain some of the reasons that certain conditions exist.

“For instance, disruptions in synchronization of synaptic connections during a child’s earliest years have been implicated in autism,” Professor Sestan said.

Basically, it can be viewed much like town development, Professor Sestan said. While the first, most active phases of brain development create the basic “neighborhood” structure, the “community,” which better defines the town takes place during early childhood. This development is much slower and takes more time.

“The neighborhood gets built quickly and then everything slows down and the neocortex focuses soley on developing connections, almost like an electrical grid,” he said.

He then compared the third phases to “identities” that develop in geographical locations.

“Later, when these regions are synchronized, the neighborhoods begin to take on distinct functional identities, like Little Italy or Chinatown,” he said.

In the end, you have a beautiful “symphony” that has created a whole and complete person – identity and all.