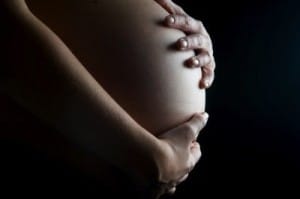 Many women find that as pregnancy and motherhood grows, their capacity for memory shrinks. New research is finding that it may just be those pesky pregnancy hormones causing the memory problems.

Previous studies found no apparent connection between pregnancy and memory loss. In fact, researchers chalked it up mothers putting more attention on their children than other things. New research is finding something very different though. Diane Farrar of the University of Bradford and Bradford Institute for Health Research in England compared pregnant and non-pregnant women in memory and found that the pregnant women fared significantly less. Women in their second and third trimesters of pregnancy scored far below the women who were not pregnant at all.

What was tested was the spatial memory of the women involved. Spacial memory is what helps us remember where we placed objects and geographical location. Women who forget where they placed their keys or which street to turn on are having problems with their spacial memory.

The researchers also looked at the levels of sex hormones in the women’s bodies. They suggest that high levels of these hormones may have a negative impact on the parts of the brain that control memory. Unfortunately due to the pregnancies it is difficult for researchers to be certain what exactly is causing the memory loss. “We can’t really check to see what’s happening, so it’s pretty difficult really. We can only speculate that it could be the sex steroid levels that are affecting cognitive function,” said Farrar.

The findings of this study were presented to the Society for Endocrinology BES conference in Manchester, England. – Summer, staff writer