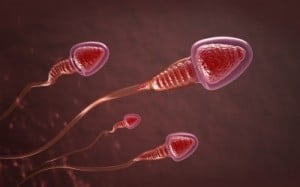 Ever wondered why so many babies are born during autumn months? It might have something to do with the seasons after all.

Researchers studied more than 6000 samples of men treated for infertility and found that most of the sperms that were made during winter months were fast moving and healthier. The health of the sperms deteriorated as the winter turned to spring and summer.

Dr. Edmund Sabanegh, who was not part of the study said that similar results have been found in animals too especially matching their breeding seasons.

“The hard part of this is really sorting out what factor is accounting for this,” said Sabanegh, the chairman of the urology department at Ohio’s Cleveland Clinic.

The Israeli team, led by Dr. Eliahu Levitas from Ben-Gurion University of the Negev in Beer-Sheva said that though in animals this has been proven to be true, in humans there was no evidence to suggest that sperm quality differed from season to season.

The team suggests that this might be an important factor to consider for couples who are struggling with conceiving.

Knowledge “may be of paramount importance, especially in couples with male-related infertility struggling with unsuccessful and prolonged fertility treatments,” the paper said.

Levitas and his colleagues collected and analyzed 6,455 semen samples from men at their fertility clinic between January 2006 and July 2009.

Of those, 4,960 were found to have normal sperm production, and 1,495 had abnormal production, such as low sperm counts.

According to the World Health Organization (WHO) anything over 15 million sperm per milliliter of semen is considered a normal sperm count. Also it takes approximately 70 days for the body to produce a sperm cell.

The team found that those men who produced about 70 million sperm per milliliter of semen during the winter had about 5 percent sperm with “fast” motility, or swimming speed, which improves a couple’s chance of getting pregnant.

That compared to the approximately 68 million sperm per milliliter the men produced in the spring, of which only about 3 percent were “fast.”

For men with abnormal sperm production rates, the results were a bit different though.

In these men the best sperms were produced during spring and better motility starting from fall.

“Based on our results the (normal) semen will perform better in winter, whereas infertility cases related to low sperm counts should be encouraged to choose spring and fall,” write the researchers.

But Dr. Sabanegh says this shouldn’t lead doctors to telling men with infertility problems to wait until winter to conceive a child.

“We would continue to encourage them to try regardless of the season, and they may benefit from interventions or treatments,” he said.

In animals, seasonal health changes of their sperms has been linked to temperature, length of daylight exposure and hormone variations.

During previous studies it has been also noted that overall the sperm health of men is deteriorating around the world mainly because of the sedentary lifestyle and more chemicals present in the environment.

“It’s becoming more certain that our fertility is seasonal and affected by complex things in our environment that change it,” said Dr. Sabanegh.

The research has been published in the American Journal of Obstetrics & Gynecology.