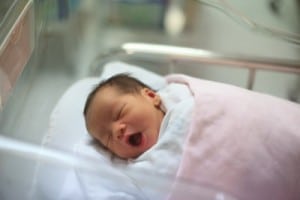 According to the Centers for Disease Control and Prevention, approximately 1 in 88 U.S. children are affected by autism, a neurological condition that is characterized by social interaction difficulties, communication impairments, and repetitive behaviors.  While no one knows exactly what causes it, or when it occurs, there have been many speculations over the years.

“For many years there’s been a lot of controversy about whether vaccinations or environmental factors influence the development of autism, and there’s always the question of at what age a child begins to develop the disorder,” said Tammy Movsas, a clinical assistant professor of pediatrics at the East Lansing University and the medical director of the Midland County Department of Public Health told Red Orbit in a recent statement.

She and her colleagues recently conducted a study that analyzed the data from a group of more than 1,100 low-birth weight infants born in the mid-1980s. These infants were given cranial ultrasounds right after birth, and then checked on in at the age of 16 to see if they had developed autism. Some of the children had also received more rigorous examinations at the age of 21.

A total of 14 autism diagnoses were given, and overall, researchers determined that these children were seven times more likely to be diagnosed with autism at some point in their lives if their post-birth ultrasound indicated that they had enlarged ventricles – cavities located within the brain that store spinal fluid.

“What this study shows us is that an ultrasound scan within the first few days of life may already be able to detect brain abnormalities that indicate a higher risk of developing autism,” Movsas said.

According to the study authors, enlarged ventricles are more common in premature children than full-term babies, which could indicate that autism is caused by a loss of white matter brain tissue. MSU epidemiologist and study co-author, Nigel Paneth, says that the findings indicate that more research needs to be done in this area.

“This study suggests that further research is needed to better understand what it is about loss of white matter that interferes with the neurological processes that determine autism,” Paneth said. “This is an important clue to the underlying brain issues in autism.”