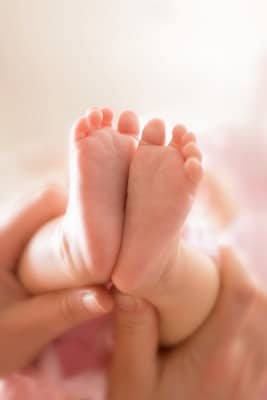 In a recent study, conducted by the University of California, Berkeley, infant boys exposed to BPA in utero during the last trimester had thyroid levels lower than normal. This particular study backs up the claims that BPA carries a number of adverse side effects for humans, particularly infants. But it’s not the first study to make claims against the use of BPA; it probably won’t be the last either.

For the study, researchers analyzed the data on 364 mothers and their newborns in the Salinas Valley area. This low-income community, composed mostly of Mexican-American farm workers, had mothers with rather low levels of BPA when compared to the average American woman – 42 percent lower, to be exact. Furthermore, only 82 percent of the women had traces of BPA in their urine; this was compared to 95 percent of childbearing-aged women nationwide.

BPA, which is generally found in hard plastics, canned food liners, paper receipts and other various consumer goods, circulates through the bloodstream. During pregnancy, it passes through the placenta, much like alcohol would. It can also be found in amniotic fluid, which is responsible for providing nutrients and cushioning to the fetus during pregnancy. This means that all of the women who had tested positive for BPA also had fetuses that were exposed. But it seems that not all infants had lowered thyroid hormones.

Previous studies investigating BPA and thyroid function have only analyzed adults and teens. Results from the studies are inconsistent – some finding that hormone levels were increased and others finding that hormone levels were decreased. This particular study found lower thyroid levels in infants when they compared the mother’s BPA levels shortly before birth. This was not true when testing for BPA during the first or second trimester. For this reason, researchers believe that the BPA’s effect on the fetuses’ thyroid hormone may be temporary or may take place at a crucial juncture in fetal development.

“This association was strongest when BPA was measured in the third trimester of pregnancy of pregnancy, which may either be due to a transient effect of BPA on thyroid-stimulating hormone or a developmental window of susceptibility,” study authors wrote.

What’s more, only male infants seemed to be effected. The reason for this is unknown, but it is suspected that females are more easily able to process the chemical than males. However, one former study did link behavior problems in girls to higher levels of BPA. Other studies have also linked BPA to various cancers and other health conditions.

But experts who support the use of BPA say the chemical leaves the body fairly quickly and that the exposure isn’t enough to cause any long-term health conditions.  And the American Chemistry Council, representative of BPA manufacturers, maintains that BPA is safe to use. They’ve also questioned the validity of the university’s most recent study.

“The author’s speculation that BPA is linked to health effects cause by thyroid hormone levels in women and newborns is not supported by the data,” said Steven Hentges, of the council’s Polycarbonate/BPA Global Group. “The authors themselves note that the thyroid hormone levels reported were within normal range and the study was not designed to measure any health effects.”

Hentges also says that the testing was too limited to be an accurate representation of the mother’s BPA levels during pregnancy.

But there’s something unique about the University of California, Berkley’s study: not only was the study done on humans – a rarity as far as BPA research is concerned – this is also the first study to find consistent data in how thyroid function is affected by BPA exposure.

“Most work up to this point has focused on [BPA’s] estrogen properties. The fact that it’s also messing up thyroid function is very surprising,” said Laura Vandenberg, a postdoctoral fellow at Tufts University who studies BPA but was not involved with study.

Previous studies suggest that a lower thyroid function can be linked to impaired learning abilities and motor skills, but at this time, the Berkeley experts are uncertain if the infants used in their study will suffer from any long-term health complications.

“Thyroid hormone is probably the best known factor in terms of influencing brain development,” said Thomas Zoeller, a biology professor at University of Massachusetts-Amherst who specializes in studying thyroid hormones and brain development. “The fact that the researchers see relationships at all is a very important issue that we should not ignore.”

Jonathon Chevrier, lead author of the study and an assistant researcher at the University of California, Berkeley, Center for Environmental Research and Children’s Health admits that BPA does travel through the system quickly and that thyroid hormones are continually produced. But he also asserts that BPA exposure is continual, therefore the effect could be as well. This is cause for concern, according to Chevrier.

“Our data suggest that there is not a safe level of exposure,” Chevrier said. “This effect we see might not be permanent…Some people might think that’s good news. But people are continually exposed to BPA. The effect isn’t permanent, but people are permanently exposed.”

Some consumer product manufacturers have voluntarily stopped using BPA in some of their products, but others continue to use them as the argument about whether or not the chemical is safe continues. Currently, BPA is banned in some products in 11 different states. The U.S. Food and Drug Administration banned the use of the chemical in baby bottles and sippy cups but the FDA denied a request to ban the use of BPA in food packaging until further data could be collected on its safety.