Behavioral therapy and psychotherapy prove to be some of the most effective forms of treatment for children with ADHD, but medication therapy can also be an important part of that treatment plan. Unfortunately, a recent study found that many children are actually receiving the wrong drugs, and this could mean serious problems for them now, and in the future. 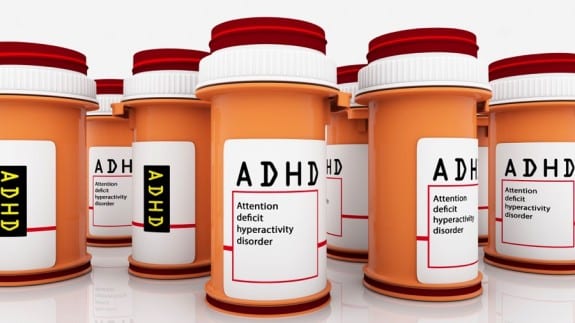 According to the JAMA Psychiatry published study, many children are receiving antipsychotic medications. These drugs, meant to treat diseases like schizophrenia and bipolar disorder, have serious side-effects like severe weight gain, metabolic disorder, and problems with brain development. In addition, children taking these medications may could be missing out on the long-term benefits of other forms of treatment.

“What we see is patterns of use, particularly in boys, that suggest that antipsychotics are largely not being used for the disorders the Food and Drug Administration has approved them for. Rather, among boys, particularly teenage boys, uses are much more consistent with prescribing to manage behavioral problems,” Michael Schoenbaum of the National Institute for Mental Health, who worked on the study, told NBC News. “What’s especially important is the finding that around 1.5 percent of boys aged 10 to 18 are on antipsychotics, and then this rate abruptly falls by half as adolescents become young adults.”

The problem isn’t the drugs, Schoenbaum says, but rather the decision to prescribe them for a use they haven’t been approved for – ADHD. Still, it’s not hard to understand why doctors may choose to prescribe antipsychotics to aggressive adolescents; Zyprexa and Haldol can be very effective at calming agitated patients.

“Very broadly, what it does is it sort of dampens down their emotion, their energy. It flattens. It quiets people down . . . [so] I don’t think that people are using these things indiscriminately or even casually,” Schoenbaum said. “By the time you get to the point where a physician is writing these prescriptions for a child, it is more than likely these children are having problems.”

But, when you really think about it, isn’t that all the more reason to look at safer and more effective alternatives for children with ADHD?

“When you are struggling with your kid, and you’re struggling in school, that is miserable for everybody,” Schoenbaum said. “But there are safer alternatives.”