Young children are surrounded by technology, and are more able to pick up on it than adults. However, a new study may suggest that knowing technology better does not mean kids are understanding everything they need to know. 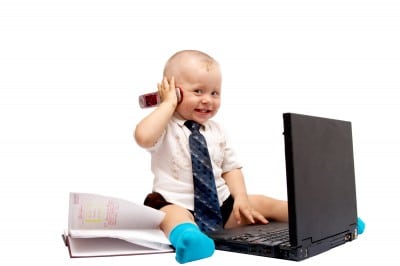 A study, sponsored by gadget insurer Protect your bubble, found that 75 percent of children between 3 and 10 years-old know how to turn on a television and find their favorite show. Sixty percent of children can also use a laptop or computer, and 59 percent can use a DVD player. It seems logical that children who have grown up with these devices would be able to use them at a younger age.

Unfortunately, the study also found that only 63 percent of the children knew how to write their own names and only 50 percent could read a book. Only 40 percent could make their own breakfast. More children can work a television remote than a pencil, more can use a DVD player than pour a bowl of cereal.

”No parent likes to be told what to do by their own children, but it seems this is the case when it comes to working household gadgets. Children now are surrounded by technology from the moment they learn about the things around them.

”But most parents have had to get to grips with things later on in life, and this can mean it takes them longer to get the hang of it. So when their children know how to work things that they are still struggling to get their head around, I’m sure it can leave them feeling a little embarrassed.”

The majority of the families surveyed, 91 percent, agree that is is beneficial to help young children learn how to work gadgets and electronics themselves. For most, it seems inevitable that younger generations will be more aware of technology because they are growing up along side it. -Summer, staff writer