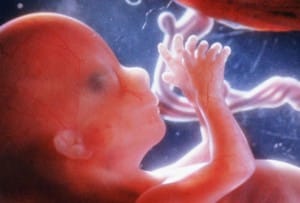 According to the Centers for Disease Control, approximately 8.4 percent of all children from ages 3 to 17 have attention deficit hyperactivity disorder (ADHD). Classified by symptoms of inattentiveness, hyperactivity and impulsiveness, the condition is estimated to cost between $36 billion and $52.4 billion in health care each year. Previous studies have linked the condition to familial and genetic influences but researchers from Kaiser-Permanente may have uncovered another factor – a lack of oxygen to the baby either in-utero or during delivery.

Hypoxia and ischemia conditions are thought to deprive oxygen and nutrient transport from mother to baby during critical times of brain and organ development. Complications from ischemic-hypoxic conditions are usually severe in nature, but results from this study indicate that functional problems, like ADHD may also occur.

“Our findings could have important clinical implications,” study lead author Darios Getahun, M.D., Ph.D. told Psych Central. “They could help physicians identify newborns at risk that could benefit from surveillance and early diagnosis when treatment is more effective.”

“Previous studies have found that hypoxic injury during fetal development leads to significant structural and functional brain injuries in the offspring,” said Getahun “However, this study suggest that the adverse effect of hypoxia and ischemia on prenatal brain development may lead to functional problems, including ADHD.”

Study authors also found the link between ADHD and ischemic-hypoxic conditions to be strongest in children that were born prematurely, breech, transverse (shoulder first) or with cord complications. These complications resulted in an increased ADHD risk of 13 percent.

Researchers do say that more studies need to be done to confirm the results.

“We suggest further research to focus on pre- and postnatal conditions and the associations with adverse outcomes, such as ADHD,” Getahun said.