The lasting effects of being born prematurely are something medical teams have been researching for many years. Babies born 16 or more weeks early often struggle academically have an increased prevalence of neurological disorders such as Cerebral Palsy and Autism. 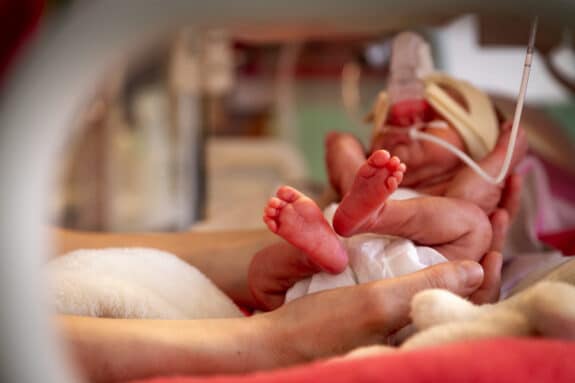 A new Swedish study of children born less than 24 weeks gestation found that neuropsychiatric and somatic diagnoses are prevalent as these extremely preterm infants grow into adulthood.

The small study comprised of almost 400 children(aged 2 to 13 years) was based on data in national registers and hospital journals on almost every child born in Sweden in 2007-2018, before the 24th week of gestation, who survived after birth up to what would have been full term (40 weeks).

Among these children born before 24 weeks of pregnancy,

The study spotlighted the need for additional support for the most immature children, born extremely preterm, and long-term habilitation.

“This is about the tiniest babies born, who wouldn’t have survived without modern neonatal care,” says Professor Ann Hellström of Sahlgrenska Academy, University of Gothenburg, the last author of the publication.

“Being born extremely preterm has long-term repercussions. Awareness needs to increase for society at large to provide sufficient resources during adolescence and later in life, manage morbidity, structure follow-up programs, and support for disabilities.”

As more knowledge of brain development among these children, and how their cognition, motor skills, hearing, and vision are affected, the survival rates of extremely premature babies have risen sharply over the past 20 years, especially in those born in gestational weeks 22 and 23.

This study is the first to provide a comprehensive picture of the prevalence of various diagnoses in the most immature of extremely preterm infants, and the expected substantial impact on the children’s lives, in a single nationwide set of research data.

“Doctors and other health professionals need to be aware of the many health and developmental problems that affect these children. Health care services also need resources to identify their long-term treatment and support needs at an early stage,” Hellström points out.

The study was conducted in a national collaboration among researchers focusing on newborns (neonatology) and medical conditions relating to the eye (ophthalmology). The team was led by Professor Ann Hellström of Sahlgrenska Academy, University of Gothenburg, and first author neonatologist Eva Morsing of Lund University.