Home » Study: Marijuana Use During Pregnancy May Stunt Fetal Growth 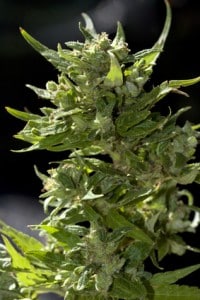 Health experts have known about the danger of cigarettes on fetal growth, but marijuana has been difficult to study. A new study, however, may show that pregnant women who smoke marijuana have smaller infants than cigarette smokers.

The women who reported using marijuana also smoked tobacco cigarettes, yet the amount of stunted growth was more than just tobacco is known to do. Also, the more frequently a woman smoked the more her infant was stunted. Experts feel this is contributed to both the lack of oxygen from the smoking as well as a byproduct stunting normal development. The researchers at Erasmus University Medical Center in Rotterdam warn that smoking marijuana during pregnancy has more significant effects than tobacco and that women should quit smoking before becoming pregnant.

Of the 7,500 women who participated, 214 women admitted to using marijuana before and during early pregnancy. Only 81 women admitted to continuing use during later pregnancy. All of the women in the study were monitored through ultrasounds during each of their trimesters. The women were questioned on alcohol, tobacco, and drug use.

Though the numbers of studies are small, researchers feel this is enough to prove the dangers of marijuana during pregnancy. Studies of this nature are often difficult to do because few women will admit to marijuana use during their pregnancies. – Summer, Staff Writer