The biggest advice you’ll get from friends before becoming a parent is – get some sleep. It’s no secret that being a parent is tiring. But which parent does it affect the most?

New research by the American Academy of Neurology finds that unlike men, a good night’s sleep for women is affected by having children in the house. 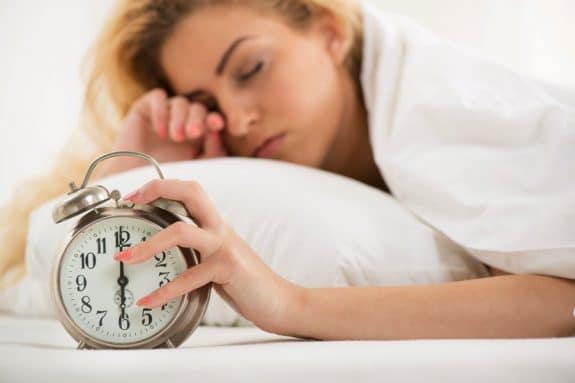 “I think these findings may bolster those women who say they feel exhausted,” said study author Kelly Sullivan, PhD, of Georgia Southern University in Statesboro, Ga., and a member of the American Academy of Neurology. “Our study found not only are they not sleeping long enough, they also report feeling tired throughout the day.”

For the study, researchers examined data from a nationwide telephone survey of 5,805 people. Participants were asked how long they slept, with seven to nine hours per day considered optimum and less than six hours considered insufficient. They were also asked how many days they felt tired in the past month.

When looking at 2,908 women aged 45 years and younger in the study, it was found that when there were children in the house, each child increased the odds of insufficient sleep by nearly 50 percent.

When the team looked at other factors including exercise, marital status and education, none of these were linked to how long younger women slept.

On the flip side having kids in the house was not linked to how long men slept.

“Getting enough sleep is a key component of overall health and can impact the heart, mind and weight,” said Sullivan, “It’s important to learn what is keeping people from getting the rest they need so we can help them work toward better health.”

Jodi A. Mindell, PhD, a professor of psychology at St. Joseph’s University in Philadelphia told WEBMD, “A lot of moms see the night as their own quiet time to relax or as a chance to get things done that they couldn’t during the day. So instead of going to bed earlier to compensate for the sleep they’re losing in the night, mothers might stay up later — further eroding the time they sleep.”