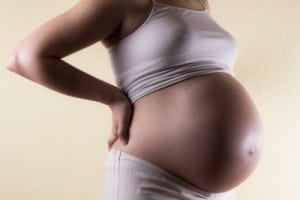 Nearly one-third of the children born in the United States today are born by C-section. Many factors, like the increase in multiple births and a desire to schedule birth, contribute to the all-time high on C-section deliveries. But there could be another contributing factor: some women may not be aware of the fact that they can deliver vaginally after a C-section.

At one time, it was thought that all women who’d received a Caesarean section had to have the same procedure for all future births. The fear was that the former scar on the uterus would rupture during a regular vaginal delivery. But this theory is now yesterday’s news. Experts now say that vaginal births can happen after a C-section and that there are many benefits to attempting one.

Experts now say that the risk of uterine rupture with a vaginal birth after C-section is only about 0.5 to 1 one percent on average. Healing time and hospital stays are much longer with Caesareans than with vaginal births. The risks of infection and excessive bleeding are much higher for moms who deliver by C-section, and they also have a higher risk of death. And the risks don’t stop with mom; they also carry through to the baby. Infants are at a higher risk for breathing problems following a Caesarean birth.

Unfortunately, it seems that when choosing between vaginal or C-section during subsequent births, few moms know the facts. In a recent study, researchers questioned 155 women who were good candidates for a vaginal birth after Caesarean. All of the women were given several multiple-choice questions regarding the risks of delivering vaginally after a Caesarean. They were also asked about their delivery plans for their upcoming child.

One question regarding the success rate of a vaginal birth after C-section had shockingly low accuracy among both groups of mothers. Success rates for vaginal births after C-section are estimated to fall between 60 and 80 percent. Of the women who had already planned to have a C-section, 73 percent failed to even try and guess at a correct answer. Only four percent chose correctly. Of the women hoping to try for a vaginal birth, 13 percent chose the correct answer and 54 percent said they didn’t know.

But what was most shocking was that only 40 percent of all women surveyed knew that C-sections have a longer healing period. This fact can be extremely important for new moms, especially those that already have a little one at home.

Educating women on the benefits and risks of a vaginal birth after Caesarean could be extremely beneficial. But because every delivery and every woman is different, it’s important that each woman talk to her doctor about the choice between vaginal or C-section with her doctor.

“Have a really good discussion of your options with your OB,” said Dr. Sarah N. Bernstein, author of the study. “Don’t just read about it online or listen to your friends.” She also said, however, that no one option is better than the other. “They are both safe options,” she said.