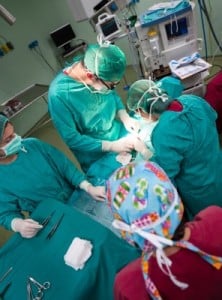 Since the primitive beginnings of music, people have felt its effects to be healing. A new study, conducted on children receiving a common (but painful) emergency room procedure, backs up this long-standing belief, which may end up being music to the ears of parents, hospital staff and children everywhere.

Published in the Monday edition of the journal JAMA Pediatrics, the new Canadian study suggests that music can help distract children about to undergo painful procedures after analyzing the reactions of 42 children receiving an intravenous (IV) line in the emergency room. Half of those children were randomly selected to listen to music while undergoing the procedure, while half did not.

Interestingly enough, researchers did not allow the children to select the music they listened to while having the IV inserted. In fact, the musical therapist who selected the tracks deliberately chose some songs that the children may have been unfamiliar with prior to the study: The Planets Op. 32 Jupiter (a lively classical composition by Gustav Holst); Storms in Africa, by Enya; Disco Duck; and the Sesame Street theme song, Sunny Days.

The purpose, according to Lisa Hartling, the director of the Alberta Research Centre for Health Evidence at the University of Alberta, was to hopefully lessen the pain by distracting the children during the procedure. And apparently, the musical therapist thought that maybe these tracks would be more distracting than more “familiar” songs.

“What we’re trying to do with these kids is distract them away from what’s causing them pain or distress. So her feeling was that these songs that may not necessarily be familiar to them may be more distracting, actually, than a familiar song,” Hartling said in an interview with Canada.com. But Hartling admitted that even she was surprised by the therapist’s selection. “I was expecting to hear the typical kids’ songs or what they would hear on kid-friendly shows or whatnot. And they were very different. I was surprised by what she had chosen.”

Regardless of which group they fell in, children were asked to rate their pain using an established pain scale – a series of photographs that displays faces in varying degrees of pain – prior to the IV insertion, immediately after the initial attempt at inserting the IV, and again once the procedure was complete. All of the children were also videotaped during the entire process, so that independent observers could assess the children’s level of distress before, during and after the procedure.

When it came to providing their own assessment of pain, children who didn’t listen to music reported that their pain level had gone up while receiving the IV. Children who listened to music did not report this same elevated level of pain, however.

Observers saw a bit of a different story when watching the videos. Not told who had listened to music and who did not, the observers did not see any difference in the level of distress between the two groups at first. However, according to the researchers, this was due to the fact that some of the children were not distressed by the situation, and once the responses of those children were removed, the observers did judge that children listening to music were less distressed than those without any music.

There have been other studies conducted on music and whether or not it can play a role in reducing the pain and anxiety of children receiving medical procedures. The Alberta researchers on this recent study systemically reviewed 19 such studies. They concluded that more research needs to be done to further explore if and how music can change the dynamics of pediatric health care.

“I would hope that people continue to use and investigate music as one means of helping children handle painful and distressing procedures,” Hartling said.