Previous research has indicated that musical training during childhood can have positive benefits on the brain later in life. Most of these studies have related to cognitive function. However, a new study, conducted by Boston Children’s Hospital, MA, has taken a look at executive brain functioning. Their results add to the slew of evidence that music is good for more than just the soul. 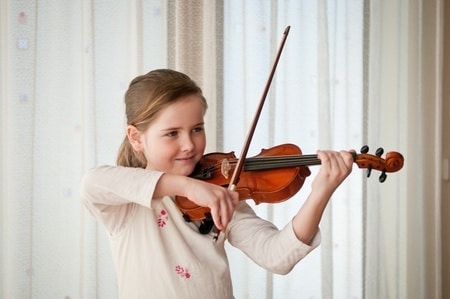 Researchers used functional magnetic resonance imaging (fMRI) to analyze the brains of 14 children between the ages of 9 and 12, all of which had received musical training over the previous two years. Cognitive tests were also used to determine executive functioning. Results were then compared to 12 other children that had not received musical training. Ages of the children and family demographics (parental education, job status, income, etc.) were also factored in by matching children as best as possible, since these can also play a role in brain functioning abilities.

Thirty adults (15 active professional musicians and 15 who were not) were tested and paired according to demographics and IQ level in addition to the children. Their results were also a part of the overall study.

Cognitive tests revealed that both musically trained children had improvements within numerous areas of executive function when compared to children that had not received training. Musician adults also performed higher in these tests than non-musicians.

Executive function is defined as the cognitive mechanisms in the brain that are responsible for processing and retaining information, decision making, problem solving, regulating behaviors, and planning and/or adjusting to changing mental demands. According to senior investigator Nadine Gaab, PhD, of the Laboratories of Cognitive Neuroscience at Boston Children’s Hospital, this is an even stronger predictor of academic achievement than IQ.

The fMRI scans also showed that musically trained children had higher activation in three areas of the prefrontal cortex – the supplementary motor area, the pre-supplementary area, and the right ventrolateral prefrontal cortex – during the cognitive tests that required they shift between various mental tasks. It is these three areas that are also associated with PLOS One published study.

“While many schools are cutting music programs and spending more and more time on test preparation, our findings suggest that musical training may actually help to set up children for a better academic future,” Gaab told Medical News Today. “Our results may also have implications for children and adults who are struggling with executive functioning such as children with ADHD or [the] elderly. Future studies have to determine whether music may be utilized as a therapeutic intervention tool for those children and adults.”

The study authors did point out, however, that the children participating in the study may have already have had higher executive functioning abilities, which may be fuel behind their musical interests. But they hope that further studies that monitor children as they randomly undergo musical training will show that the reverse to be true.