Home » Study: Nurturing Moms Give Their Children the Gift of Health 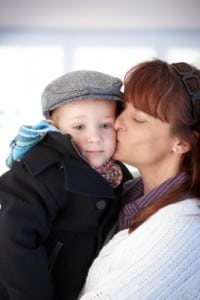 A recent study, conducted by the Brandeis University in Massachusetts, showed that children born to nurturing mothers were at a decreased risk for health complications later in life, even if the child grew up impoverished.

Previous studies have already indicated that children in poverty-stricken communities were more likely to have certain health complications, such as stroke, high blood pressure and diabetes, later in life. But researchers were at a loss when trying to explain why some impoverished children were healthier than others later in life.

Money and health care access are definitely factors, but several studies have shown that these factors play only a small role in the overall health of a child later in life. In those studies, even impoverished children living in countries with universal health care had a higher risk for certain health complications later in life.

“The literature is very clear that people who are in low socioeconomic status have worse health than their same age counterparts,” stated study author Professor Margie Lachman. “Modifiable factors play an important role and we are realizing that things can be done to try and minimize these health disparities.”

After taking a closer look, researchers discovered that the bill of health given to some impoverished children came from their mothers. No, it wasn’t because of genetics; it was love.

During their study, researchers evaluated 1,000 adults for chronic illnesses that are often linked to lower-income communities. They also followed an additional 1,200 people for ten years to determine what effect, if any, maternal nurturing had on their health later in life. The findings were published in journal Psychological Science.

“Emerging literature reveals that many of the health problems in midlife, including metabolic syndrome, can be traced back to what happened in early childhood,” Lachman stated. “The stresses of childhood can leave a biological residue that shows up in midlife. Yet, among those at risk for poor health, adults who had nurturing mothers in childhood fared better in physical health in midlife. Perhaps it’s a combination of empathy, the teaching of coping strategies or support for enrichment.”