Home » Study: One out of Three Children at Risk for Delays Not Receiving Early Intervention Referrals 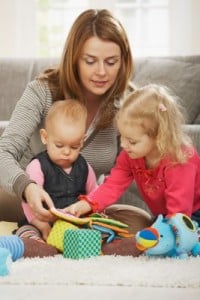 Research has shown, time and again, that early intervention can make a big difference for children with developmental delays; this applies, even when the child may not have any serious delays but is simply at high risk for delays. Unfortunately, it seems that there are many children who could benefit from early intervention services falling through the cracks.

Dr. Brian Tang, clinical instructor at Stanford University School of Medicine and lead author of a study that looked at the developmental test scores and referral rates for more than 5,000 children at risk for developmental delays felt that it was important to see how well the medical community is doing at referring at risk children to the services they need. His study specifically focused on children who spent time in the neonatal intensive care unit as newborns because these children are at a much higher risk for developmental delays than most.

Tang says there’s been a big push in the public health and medical community to screen children for developmental delays at an early age. If you’re a parent, you probably have witnessed this personally – physicians will ask specific questions during certain visits. These questions help doctors understand if your child is meeting certain developmental milestones. Unfortunately, these screenings are only beneficial if referrals are made.

“I thought it was important to see how good of a job we’re doing of getting [them] referrals,” said Tang.

To help him and his colleagues determine if children were receiving the referrals when they needed them, data from a quality improvement program in California that tracks the medical care and health outcomes of children who have been hospitalized in the NICU was collected. All of the 5,000 children looked at in the study were eligible for a follow-up visit with a specialist to check developmental progress after their NICU stay; all three of those visits took place before the child turned three.

Researchers looked at the information on all 5,000 children: they looked to see if they received a referral during one of those follow-up visits and they checked the developmental test scores for each child. Of the 5,000 initial children, 185 failed their developmental tests during their screening process. Some of those children were already receiving early intervention services at the time of their screening. However, 118 of them had never received services.  Out of those remaining children, 42 failed to receive a referral for early intervention during their first follow-up visit at about four to eight months of age. That equates to about 36 percent.

Children who scored low on their developmental tests didn’t seem to fare any better or worse. Researchers found 401 children in this group; only 136 (34 percent) received an early intervention referral. While these children may have “passed” their test, their very low scores still left them at a high risk for developmental delays, hence the need for services.

At first, Tang and his colleagues thought that doctors may be taking a “wait and see” approach before referring out to early intervention services. But as the follow-up visits progressed, that didn’t seem to be the case.

During the second follow-up visit, which took place between 12 and 16 months of age, the numbers remained about the same – 34 to 37 percent of children who would have made good candidates for services failed to receive a referral.

“I think it was really shocking to see that…a significant portion of them weren’t getting referrals,” said Tang.

Tang and his colleagues aren’t sure why the children are failing to receive the referrals that may very well help them meet certain developmental milestones, or at the very least, help them avoid serious delays.

Dr. Joanne Cox, a pediatrics professor at Children’s Hospital Boston, who was not involved in the study thinks that the problem may have something to do with a lack of service providers.

“I would question whether there are problems with access, like there are not enough [early intervention providers] in the area. Is that a reason why they didn’t refer them?” Cox asked, adding, “It’s a problem, because I think that early intervention services can really make a difference in kids who are at risk for developmental delay.”

Tang also believes that a lack of providers may have something to do with the lack of referrals for services in children that would make very good candidates. He also confirms, however, that early intervention services are important for children at risk for developmental delays.

“I think the evidence is pretty strong that early intervention does help children who are delayed,” Tang said. “But I understand there is a conflict with limited resources.”

Researchers also cited that there may be other hurdles standing in the way of the needed referrals: parents may not want their children referred or there may be a problem getting the referrals approved because of recent budget cuts and stricter criteria for determining which children are eligible for services. Tang says that they are now exploring those potential barriers. He hopes their research will eventually make services more available to children who need them.

I know this study is in California, but there are also issues in Arizona. Head Start, a program designed to work with children who have developmental delays, has a waiting list about three to five years long, even if the child is referred by a physician. Private pay services are available, but even those are limited. I find it highly unlikely that these are the only two states in the country that are struggling to balance the number of early intervention providers with the number of children that need services. I’m also certain that there are other hurdles that need to be addressed.