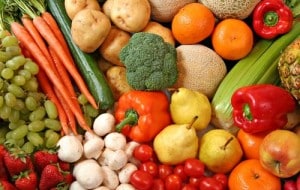 Organic foods – those grown without the use of pesticides or antibiotics – are chosen for a number of reasons, health and environmental concerns among the most common. But is that higher price really worth it? Do consumers really receive more nutrients and vitamins by going organic? A recent study says no. They did find, however, an alarming concern where conventionally grown foods are concerned.

Stanford University doctors realized that they were inadequately prepared when it came to answering their patients’ questions regarding the nutritional value of organic foods. So, to find out more, they combed through thousands of studies on 237 of the most commonly compared organic and conventionally grown foods.

Unfortunately, despite the substantial increase in organic food sales over the years ($3.6 billion in 1997 to $31.4 billion last year), researchers failed to find any real supporting evidence to support the growth in popularity. Organic foods did not prove themselves to be any more nutritious than conventionally grown foods.

“There are many reasons why someone might choose organic foods over conventional foods” said Dr. Dena Bravata, a senior research affiliate at Stanford and long0time internist who says she began the research because so many of her patients had asked if they should switch to organic. She says, however, “There isn’t much difference” when it comes to individual health.

“I was absolutely surprised,” Bravata added.

Researchers did find that organic foods did fare better in one aspect, however. While the risk of bacterial contamination is about the same, the resistance of the bacteria found in foods is much more resistant to antibiotics in non-organic foods, 33 percent higher, to be exact.

This news comes amidst government debates regarding antibiotic use on farms for the purpose of fattening animals up so that they will make more meat. Farmers say the antibiotics are necessary to meet the demands for cheap meat. Public health advocates say, however, that the unnecessary use of antibiotics in farm animals is contributing to the growing problem with antibiotic-resistant, hard-to-treat germs; Caroline Smith DeWall, food safety director at the Center for Science in the Public Interest, has linked 24 outbreaks from 2000-2010 to multidrug-resistant germs in food.

In addition to the lack of multidrug resistant bacteria, researchers found that organic produce had a 30 percent lower risk of containing detectable pesticides. In two studies involving children, urine tests showed lower pesticide levels in children who ate organic diets; trace amounts were still detectable, however. Because of this, one study suggested that the pesticide traces may have had more to do with insecticides used within the home rather than their diet.

There may be some instances in which even a small trace of pesticides could be a problem, particularly for children. The Organic Trade Association says that the Stanford work confirms that purchasing organic can help lower the risk of pesticide exposure in both children and adults.

DeWaal acknowledged the difference, but added that the issue is more complicated than just organic or non-organic. Some produce can contain more pesticides than others, particularly those from other countries; DeWaal listed peaches from Chile as one of the top offenders on a recent testing list. She also pointed out that produce in North America has improved, as far as pesticides are concerned. Some farms, while not considered organic, are starting to offer hormone-free milk, antibiotic-free meat, and new standards addressing concerns regarding the health of children.

“Parents with young children should consider where their produce is coming from,” DeWall said, calling produce grown in the U.S. and Canada “a safer bet” when it comes to the lower pesticide exposure.

When it comes right down to it, the choice to switch to organic is a personal one. While it may not provide you or your children with any better nutrition, pesticides can be a concern. Also commonly considered are environmental issues; pesticide use is said to damage soil quality, pollute groundwater, contribute to greenhouse gasses, and more.

Cost is also often a factor when deciding if, when or what to buy organic.

Anna Hamadyk of Washington says she buys organic milk because she has a grown son. She also shops at local farmers markets. She does not, however, buy all of her food organic.

“I would love to buy everything organic, but it’s just too much money,” Hamadyk said.