Home » Study: Parents may be Putting Toddlers to Bed Too Early

Bedtime…for some parents, it’s a relaxing time to wind down before heading off to bed themselves. For others, it’s a constant battle that is stressful for both parent and child. Why is it so different from one child to the next? Melatonin may very well be the answer, researchers say. 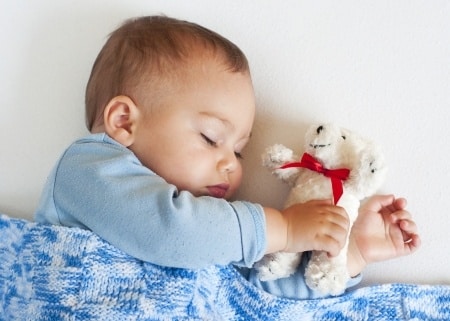 Melatonin is a natural hormone produced by the body. When its production peaks, we become sleepy – our body is telling us it’s time for bed. As adults, we get to listen to our bodies and go to sleep when we’re ready. But for children, bedtime often comes when parents think the child should go to bed. This may be part of the problem.

Peak production for melatonin is unique for each person; this applies whether you’re big or small. For some children, melatonin may not peak until well after a parent puts a child to bed. Therein lies the problem, researchers say. Because the child isn’t tired, they struggle with falling asleep. That restlessness could end up leading to future sleeping problems for the child, even as they venture on into adulthood.

“A poor fit between bedtimes selected by parents of toddlers and a rise in evening melatonin production increases the likelihood of night-time settling difficulties,” associate professor and psychologist, Monique LeBourgeois, who led the study, told Daily Mail UK.

In adults, this is known as insomnia. In children, it could eventually lead to insomnia, the researchers said.

To prove their point, researchers studies 14 children between the ages of 30 and 36 months over six consecutive nights. Parents put the tots to bed as normal and scientists measured their melatonin levels at various intervals around bedtime, timed how long it took for the children to fall asleep and recorded their bedtime behavior.

Overall, most of the children had a rise in melatonin levels around 7:40 pm. If parents waited until about thirty minutes after that to put their child to bed, the child typically fell asleep within another 30 minutes. However, for children that had a later rise in melatonin, it took longer to fall asleep. More than that, they were much more likely to get up again or misbehave when they were supposed to be going to sleep.

“While adults get to choose their own bedtime, toddlers rarely have this option,” LeBourgeois said. “Toddlers with longer intervals between the onset of nightly melatonin release and their subsequent bedtimes were shown to fall asleep more quickly and had decreased bedtime resistance reported by their parents.”

In other words, the more tired the child is, the faster they went to sleep. This meant a lot less stress for parents, and for the child. For this reason, LeBourgeosis suggests that parents reevaluate their child’s bedtime if they are struggling with falling to sleep at night.

“If your child is resisting bedtime or having problems fallings sleep, it is likely he or she is not physiologically ready for sleep at that time,” she said. “For these toddlers, lying in bed awake for such a long time can lead to the association of bed with arousal, not sleep. This type of response may increase children’s lifelong risk for insomnia over time.”